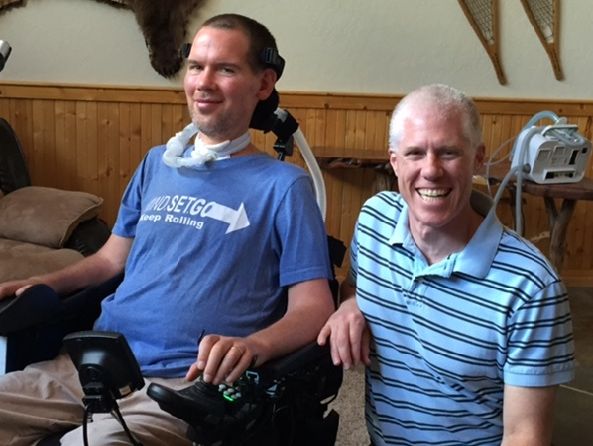 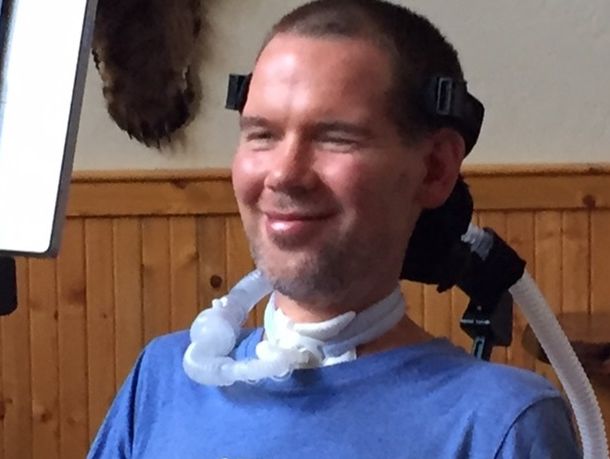 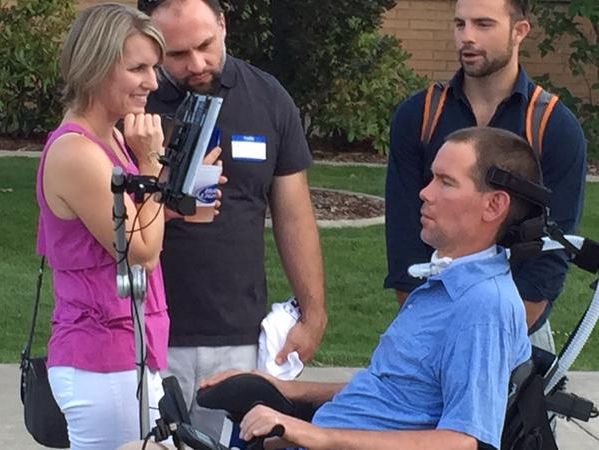 Gleason returns to Gonzaga Prep HS for his 20-year reunion

SPOKANE, Wash. – It was 1995 when a young Steve Gleason graduated from Gonzaga Preparatory High School in Spokane.

The school challenged graduates to go forth and set the world on fire.

As Steve returned Friday for his 20 year reunion, the class of ’95 is well aware of the trail Steve’s been blazing.

At the reunion, it is cheerful hellos and genuine praises.

“Can’t explain the pride to see you doing this, buddy,” another told Gleason. 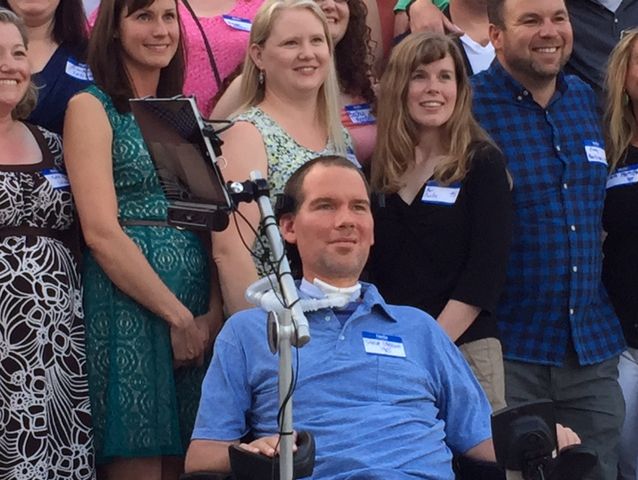 Steve Gleason poses for the Gonzaga Prep class of 1995 photo with his classmates.

Just as Gleason always has, he attracts a crowd.

The man who now types with his eyes still makes the effort to call everyone by name.

Gleason’s never give up, no white flags attitude resonates with all of those around him.

“He has something that on paper should basically make you want to quit,” said Chris Herzog. “And he doesn’t quit.”

That is something classmates like Josh Hartnett first learned about Gleason in high school.

“I was quarterback and he was running back and I remember I would hand the ball to him and it would take a ton of guys to bring him down,” Hartnett said. “He didn’t know how to quit.”

Head Coach Ron Long said Gleason was the best fullback he ever coached.

“Whenever we needed one yard, five yards, you got it,” Long said to Gleason. “That’s my memory of you, young man. You always got it.”

With a blocked punt, Gleason reinvigorated a city

In 2006, Gleason – in an instant — helped breathe life back into New Orleans with one play.

It was the New Orleans Saints’ first home game after Hurricane Katrina.

“I saw this guy sneaking through, long hair you can’t miss him,” Hartnett said recalling the play. 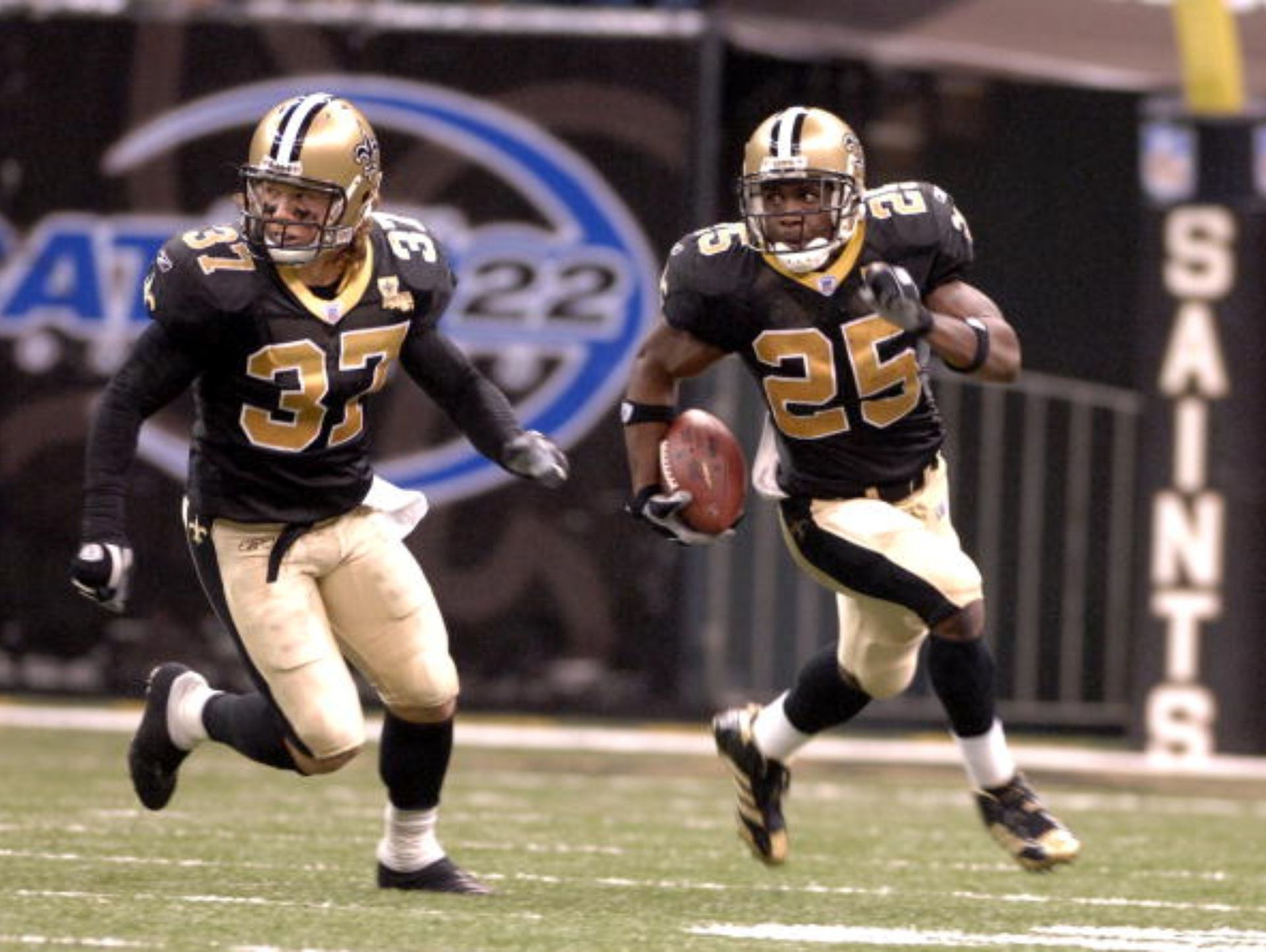 Gleason blocks for Reggie Bush as he returns a kickoff for a touchdown in a 2006 Saints home game.

“Oh my god, and he did it. Chills, just… I jumped off my couch all myself,” he said.

A few years later, the same friends sharing joy in Gleason’s success, felt heartbreak when they learned he was stricken with ALS.

“It was devastating for all of us,” Herzog said.

“It was terrifying,” Hartnett said. “But I didn’t know. So, what does this mean?”

Today, because of Gleason, so many more people know what it means.

As ALS stripped Gleason of movement and voice, friends know Gleason possesses something even ALS cannot strip away.

“There’s a tenaciousness and intensity to how he approaches everything he does,” Hartnett said.

“He is one tough son of a gun,” Herzog added.

Gleason stayed in a quiet North Idaho cabin with his son Rivers and wife Michel, reflecting on longtime friends and what the Inland Northwest means to him.

Gleason noted the Inland Northwest is where his family is and where his lifelong friendships were created. It is where Gleason learned to be a man. The mountains, rivers, and lakes flow through his blood.

Gleason calls New Orleans home, but his roots are in the Northwest.

Gleason credits Gonzaga Prep with shaping him into the person he is today.

“Despite distance and circumstance,” Gleason types, “some of my best friends today, are still my friends from Prep.”

“The halls of Prep are where I learned to be persistent in the face of adversity. This is where I was taught to think for myself, and most importantly, I learned to love my neighbor as myself,” Gleason typed.

At the reunion, Gleason greeted everyone.

People who know Gleason feel that love. He still has a way of making you understand you are important to him.

There is just something about Steve Gleason. Handed the directive to set the world on fire, there is still no one more capable of carrying the ball.

“Steve is what we should all live up to be,” said Joy Sebo.

When Gonzaga Prep has their 25-year reunion, Gleason said his mission is to take things one day at a time.

“I believe I can, and will be healed.” Gleason said.

When Gleason believes, we have learned there will be no white flags in his fight.