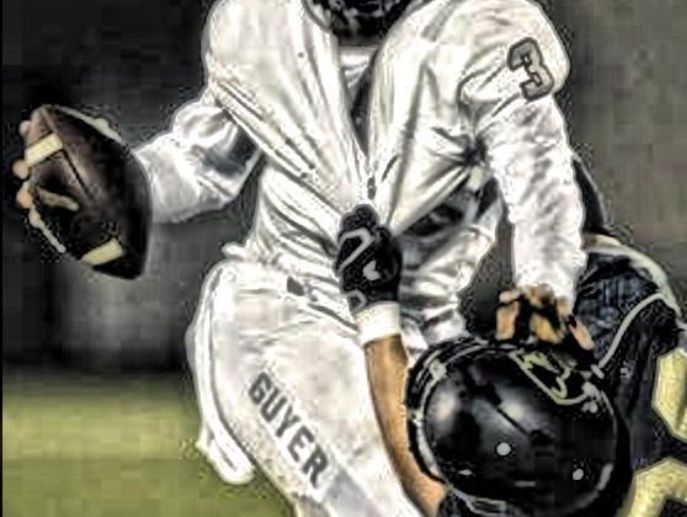 Mansfield ISD making name for itself

Mansfield’s victory over DeSoto in District 8-6A is only the latest of successful Mansfield ISD football programs. Lake Ridge and Timberview met as two programs which have both been ranked in Class 5A on Friday with Lake Ridge extending its undefeated season. We’ve noted the notable-ness of the Mansfield programs and the banner season was later covered by our friends at Fox Sports Southwest with its “Putting the Man in Mansfield” graphic.Mansfield’s Vernon Newsom Stadium started it the 2015 season by hosting the nationally televised Euless Trinity victory over Concord (Calif.) De La Salle.

More than halfway through the season, a look at the MISD programs:

Aledo brought up a sophomore rocket of a running back with Donnie Evans in the second game of the season. The 5-8, 160-pound Evans is a huge difference-maker. Bolted to a 37-yard touchdown run on first carry in win over Everman … Frisco Liberty 6-7 tight end Reggie Chaney had two TD catches (- and 57-yards) in a 28-0 win over Little Elm. A top Class of 2018 basketball prospect, Chaney is a Martellus Bennett starter-kit. He averages 23.4 yards on 17 catches with five TDs

Poteet sophomore DB Daiquan Jackson is an FCS prospect who also scored a rushing TD in a win over Forney … Forney has several terrific sophomores including QB/WR Devon Rideaux, RB Aaron Rideaux and a Nikita Whitlock-type DL with Jaylon Hutchings … Bridgeport WR Keenan Holdman is a 6-0 guard from Bulls’ Class 4A state hoops champion and he’s drawing huge interest with big-play skills and athleticism in stantoud senior year in football.

Southlake Carroll at Euless Trinity, 7:30 p.m. Friday: For first-place in District 7-6A between two legacy programs. Carroll won 10-6 last year while Trinity ousted SLC from the 2013 state playoffs in the latest two meetings from this stadium-packing matchup.

https://usatodayhss.com/2015/storynotes-putting-man-in-mansfield-football
Week 7 StoryNotes: Putting "Man" in Mansfield football
I found this story on USA TODAY High School Sports and wanted to share it with you: %link% For more high school stories, stats and videos, visit http://usatodayhss.com.