Wesleyan Christian star Harry Giles III is one of the nation’s most sought after big men — Ft. Myers News-Press

Wesleyan Christian players to watch: This list starts and ends with Harry Giles III, one of the nation’s top recruits and most dynamic scorers. The power forward who starred for the U-19 national team, is 6-foot-10, 230 pounds of sheer basketball talent, and has the ability to take over any game at the drop of a hat. Point guard Brandon Childress, a junior Wake Forest commit, is the other player who can dramatically change the fortunes of this matchup, and of Wesleyan Christian’s season. Of course, neither of these players has the explosive highlight reel tendencies of guard Kwe Parker, a junior who is almost certainly the nation’s top dunker. No matter what the score, Parker is worth watching.

Greensboro Day players to watch: Peter Agba is Greensboro’s direct answer to Giles, a Class of 2015 commit of Akron who stands 6-foot-6 but plays much larger. He led Greensboro Day in an earlier victory against Wesleyan Christian, and he’ll be asked to come through in the clutch again. While Agba is the headliner, Greensboro Day’s true strength comes in its numbers, with four seniors contributing alongside Agba on the blocks.

What to expect: This isn’t the first time that these two squads have tussled in the past month, with Greensboro Day emerging victorious, 56-48, the last time, despite a monstrous 21-point outing from Giles. It was Agba’s 18-point fight that kept Greensboro on top, and they’ll need similar heroics to make it 2-for-2. They’ll also need a ferocious defensive effort against the Trojans, just as they had in the final of the HAECO Invitational on January 20. Either way, this game should be a tight matchup with plenty of offensive firepower, which makes it must watch hoops for anyone who feels like streaming at 7 p.m. EST. After all, that’s the only way that you’ll see the game; the Greensboro Day gym is already sold out. 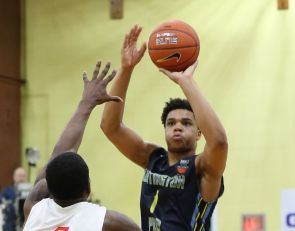 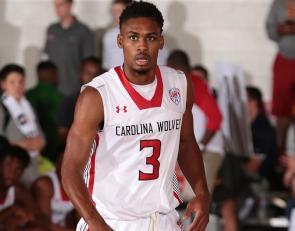 https://usatodayhss.com/2015/super-25-game-of-the-day-no-17-wesleyan-christian-at-no-14-greensboro-day
Super 25 Game of the Day: No. 17 Wesleyan Christian at No. 14 Greensboro Day
I found this story on USA TODAY High School Sports and wanted to share it with you: %link% For more high school stories, stats and videos, visit http://usatodayhss.com.