Super 25 Game of the Day: No. 2 Montverde (Fla.) Academy vs. Orlando Christian Prep

Super 25 Game of the Day: No. 2 Montverde (Fla.) Academy vs. Orlando Christian Prep

The Matchup: No. 2 Montverde (Fla.) Academy will play host to Orlando Christian Prep in the Montverde Academy Invitational Tournament at 7 p.m. (ET).

What to expect: Montverde (23-1), which has won 12 in a row and whose only loss was to No. 13 Wheeler (Marietta, Ga.), isn’t likely to lose in its own tournament. Still, OCP (14-8), which is the defending 2A state champion and has played (and lost to) Blanche Ely (Fort Lauderdale) and DeMatha Catholic (Hyattsville, Md.) — two other teams currently in the Super 25 — isn’t likely to come in intimidated. In 2012, Montverde defeated OCP 49-40 for the MAIT title. The winner goes on to meet the winner of tonight’s game between Constitution (Philadelphia) and Wasatch Academy (Mount Pleasant, Utah). 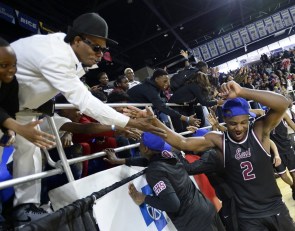 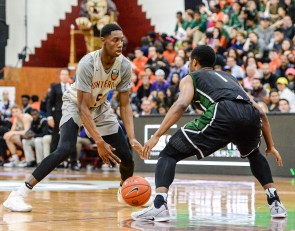 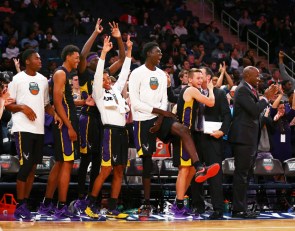 https://usatodayhss.com/2015/super-25-game-of-the-day-no-2-montverde-fla-academy-vs-orlando-christian-prep
Super 25 Game of the Day: No. 2 Montverde (Fla.) Academy vs. Orlando Christian Prep
I found this story on USA TODAY High School Sports and wanted to share it with you: %link% For more high school stories, stats and videos, visit http://usatodayhss.com.