(USA TODAY) — Cam’ron Matthews, a junior at Alto High School in Texas, has died after being injured during a high school football game Friday night. 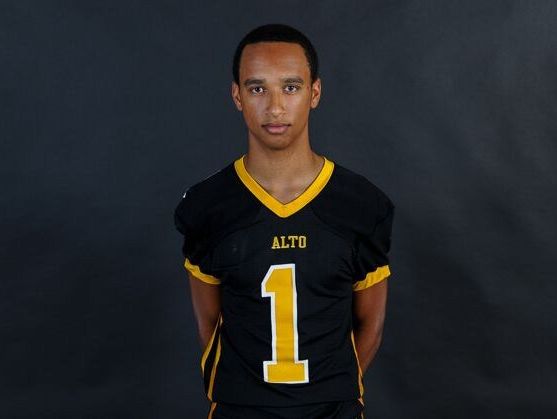 Matthews collapsed on the sideline Friday evening late in the first half with what was initially reported to be a seizure. According to a witness, he told teammates in a huddle before a kickoff that he felt dizzy. The witness did not know whether Matthews was on the field for the touchdown that preceded the kickoff.

He was airlifted to a hospital in Tyler, Texas, and was listed in critical condition early Saturday afternoon.

He was pronounced dead shortly after 6 p.m. Eastern, the Alto schools superintendent confirmed to KTVU.com. A cause of death has not yet been determined.

A vigil was being held at the school’s football field Saturday night.

Thus far this season, Tyrell Cameron of Franklin Parish (La.); Ben Hamm from Welseyan Christian School in Bartlesville, Okla.; Evan Murray from Warren Hills (N.J.) Regional; Kenney Bui of Evergreen (Wash.); and Rod Williams from Burke County (Ga.) have all died. All but Williams died after being injured on the field; Williams collapsed minute into a Sept. 22 practice and died Oct. 5 from what doctors believe is a congenital heart defect.

https://usatodayhss.com/2015/texas-teen-becomes-sixth-hs-football-player-to-die-from-injury-this-season
Texas teen is sixth HS football player to die from injury this season
I found this story on USA TODAY High School Sports and wanted to share it with you: %link% For more high school stories, stats and videos, visit http://usatodayhss.com.