The fastest Mackinac race boats, and where to see them

The fastest Mackinac race boats, and where to see them

The fastest boats don’t always win the Port Huron-to-Mackinac Island sailboat race. That is thanks to rating system which helps even out a fleet which features boats of different shapes and sizes.

They are, however, most often the first boats to the island, and they’re still fun to look at and watch in action. It’s tough to beat seeing Il Mostro or Windquest at full sail charging up Lake Huron.

Based on their ratings, these are the 10 fastest boats in Saturday’s Mackinac race, and where you can get a look at them before they take off. The first number is the PHRF rating, and the lower that number is, the faster the boat is supposed to be.

The Monster (which Il Mostro translates to) is fittingly named. The black-sailed 70-footer is a Botin/Carkeek Volvo 70, and was once part of Puma’s racing team. The boat is owned by Peter and Christopher Thornton, and it sails out of the Chicago Yacht Club. In 2013, its first year in the race, it was the first boat to island and smashed the previous Shore Course record by finishing in 19 hours, 11 minutes and 31 seconds.

•Where you can see it: At Desmond Marine, across the Black River from Port Huron Yacht Club.

Perhaps the most well-known of the race’s boats, Windquest has been a perennial contender for first to the island honors. This past year, it did just that, defeating Il Mostro by arriving Sunday evening. It’s the biggest boat in the fleet at 86 feet, and it has a crew of 20 people. Doug and Dick DeVos own the Reichel/Pugh Max Z86, which sails out of the Macatawa Bay Yacht Club.

•Where you can see it: In Sarnia at Bridgeview Yacht Club.

Ocean, which sails out of the Chicago Yacht Club, is racing in its second Port Huron-to-Mackinac Island sailboat race.

At 77 feet, Ocean splits the difference in size between Il Mostro and Windquest. It’s not a regular in the race, in fact, it’s made just one appearance, finishing the Shore Course in 22 hours, 49 minutes in 2013. The Andrews 77 is owned by Gary Feracota and Jim Banovitz, and sails out of the Chicago Yacht Club.

Equation is one of the fleet’s most successful boats, having won the race overall in 1998, 2003, 2006 and 2013. The 65-footer out of Bayview Yacht Club actually defeated Il Mostro on corrected time in 2013. Bill Alcott and Tom Anderson are the owners of the Farr STP 65.

•Where you can see it: At the Port Huron Yacht Club.

A new boat to the fleet this year, Arete may be the most impressive to look at. It’s a 60-foot trimaran that is owned by Rick Warner of Marine City. If you’re looking for a fast boat to root for, this one sails out of the Port Huron Yacht Club. It won the Sylvie Trophy at a Queen’s Cup race in Milwaukee earlier this summer, and was the third boat to the island in the Chicago race, finishing behind Il Mostro and Windquest, and ahead of Equation.

•Where you can see it: In Sarnia at Bridgeview Yacht Club.

A new boat to the fleet, Heartbreaker is a Reichel/Pugh TP 52 out of the Macatawa Bay Yacht Club. The 52-footer is owned by Robert Hughes of Ada. Hughes has had plenty of success in the past with a boat named Heartbreaker, but that was a Farr 40. His sailing experience certainly makes this boat one to watch.

•Where you can see it: In the Black River in front of Talmer Bank (eventually).

Like Ocean, Imedi is back after sailing the race in 2013. It was one of the first boats to the island that year on the Cove Island course, but corrected toward the bottom half of the standings. It’s a 52-footer owned by Mark Hauf and sails out of the Chicago Yacht Club. It’s darker sails and blue spinnaker will make it noticeable on race day.

•Where you can see it: In the Black River in front of Talmer Bank (eventually).

Natalie J, which sails out of Bayview Yacht Club, is one of the fastest boats in the fleet according to rating, and has four overall titles since 2010.

The defending Cove Island champion is a 52-footer out of the Bayview Yacht Club, owned by Phil and Sharon O’Niel of Bloomfield Hills. The Judel/Vrolijk TP 52 finished just three hours behind Windquest in 2014, and was the fourth boat to island (Il Mostro and Windquest also finished ahead of it). It won three straight overall titles in 2010, 2011 and 2012.

•Where you can see it: At Desmond Marine.

Defiance is another Mackinac regular, and its big, red and white spinnaker make it very noticeable from shore. The 66-foot Judel/Vrolijk model is owned by Dale Smirl of Oak Park, Illinois, and sails out of the Chicago Yacht Club.

Not to be confused with Denali^2, Denali is a Nelson/Marek 67 that sails out of the Racine Yacht Club in Wisconsin. Owner Rick Hennig has brought his boat to the race several times, winning the overall title in 2004.

•Hope, a boat out of the Michigan City Yacht Club, is the projected winner of the Super Mac with a corrected time of 3 days, 28 minutes, 56 seconds. It finished the race from Chicago to Port Huron at 4:56 a.m. Wednesday, and its corrected time was best in the Monohull Overall and Monohull Class 3.

Fast Tango, which included Fort Gratiot’s Nick Ward on its crew, was second in Monohull Overall and Monohull Class 3.

Ocean (left), Defiance (middle, behind the gray boat, Talisman) and Denali (right) are all docked in front of Talmer Bank on the Black River. They are three of the 10 fastest boats in the Port Huron-to-Mackinac Island sailboat race according to rating.

Il Mostro, which sails out of the Chicago Yacht Club, is the fastest boat in the Port Huron-to-Mackinac Island sailboat race fleet, according to its rating. 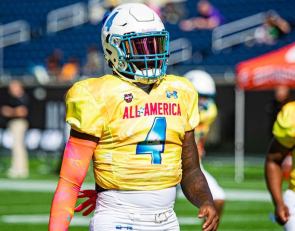 https://usatodayhss.com/2015/the-fastest-mackinac-race-boats-and-where-to-see-them
The fastest Mackinac race boats, and where to see them

A look at the 10 fastest boats, by rating, in the Mackinac race