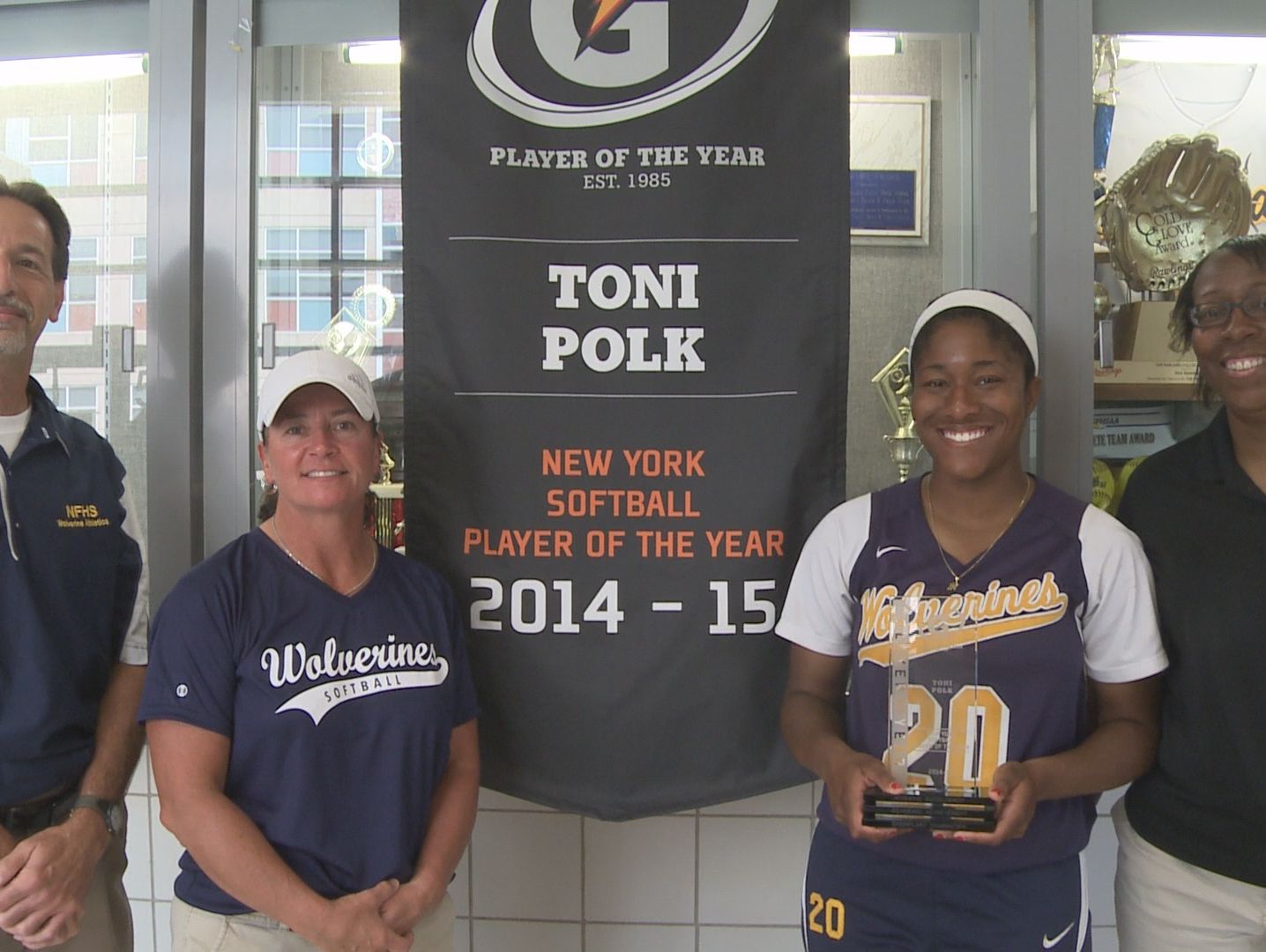 “I was really excited. I know people who have gotten this in the past and it’s a huge honor. Knowing that was my last year and this is what I left it’s really nice,” Toni Polk said.

“She is a great kid and a great athlete. Really if you had to package a kid together, that’s probably what they would be,” Niagara Falls head coach Martha Amoretti said.

Toni is also a three-sport athlete. She plays volleyball and basketball along with softball. On top of her athletics, Toni maintained a 4.0 GPA.

Toni has been a starter on varsity since eighth grade playing everywhere Coach Amoretti needed her. As a freshman, she played centerfield then third base until junior year and finally shortstop as a senior.

In that time she’s tallied 12 homeruns, 120 RBIs and a batting average of .515. Those are just a sample of Toni’s impressive career statistics and Coach Amoretti attributes it to hard work.

“Even besides the talent she has, people don’t understand the work she puts in. A lot of kids after practice go home, sometimes she’ll go let’s work on back hand or whatever,” Coach Amoretti said.

Toni will play softball at Penn State in the fall. She signed her letter of intent back in December.

“I really like the tradition and education there. I’m going to be getting a great education and they’re a school that’s on the rise. I really want to become a part of them getting to the top,” Toni explained.

And for Toni, softball isn’t just a hobby it’s a family affair.

“Her mother and I played in high school together. It’s like an extended family,” Coach Amoretti said.

Before heading off to Penn State, Toni will play travel softball this summer. She’ll play for the Gold Coast Hurricanes in Reno, Nevada then compete in the Amateur Softball Association Junior Olympic Cup in Chino Hills, California.