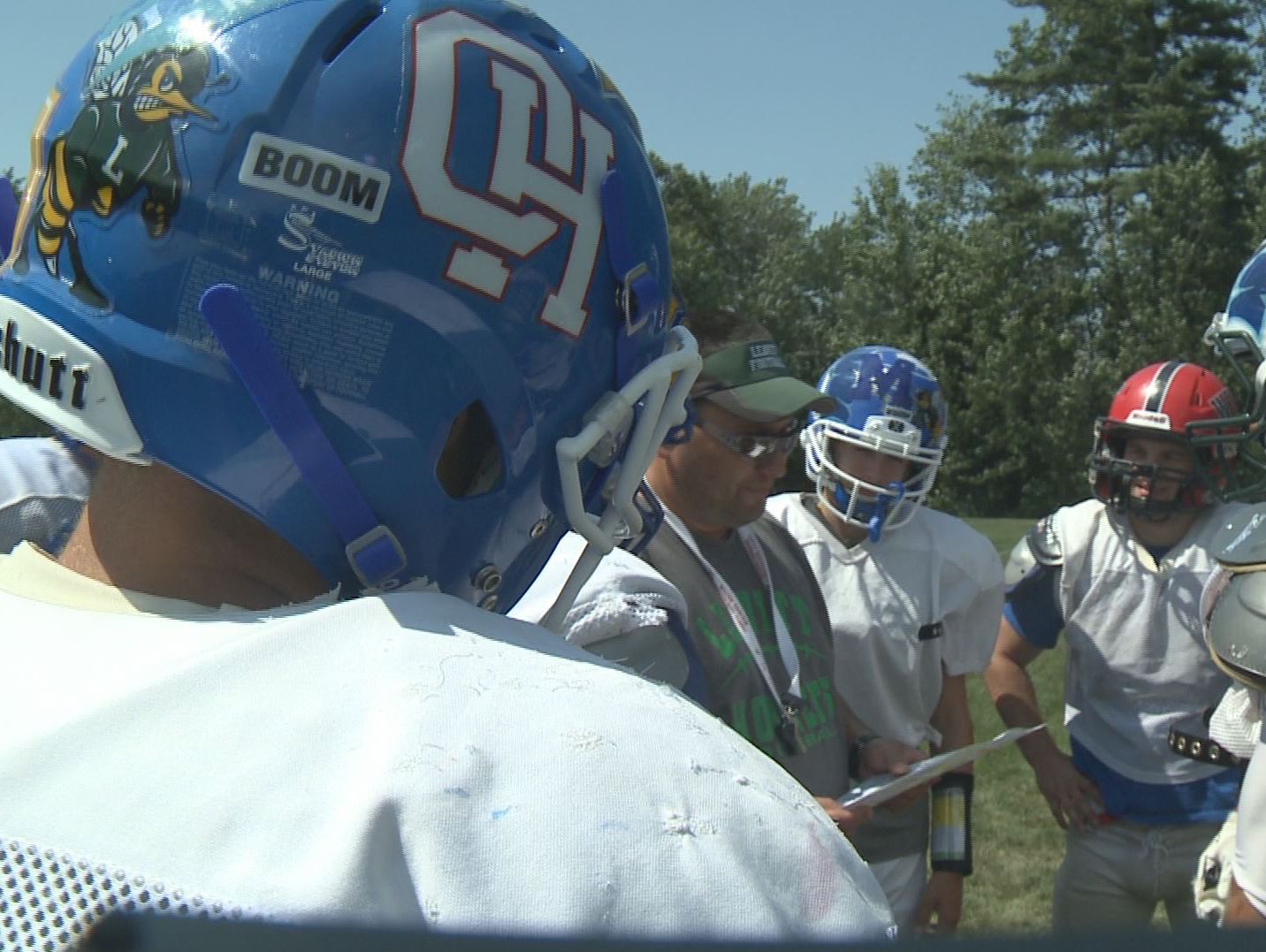 DOVER-FOXCROFT, Maine (NEWS CENTER) — During a time of the year where baseball usually rules, football is king in Dover-Foxcroft this week.

For the first time ever, training camp for the Shrine Lobster Bowl is being held at Foxcroft Academy.

On Saturday, more than 100 football players will take to Waterhouse Field in Biddeford to play in the annual all-star game to benefit the Shriners Hospitals.

Fitzpatrick Trophy finalist Joe Fitzpatrick was no stranger to the end zone this past year for Cheverus. Ono Saturday, he’ll be taking on the best of the west.

“I imagine it will be different, but I’m not going to treat it any different. I’m just going to follow my blockers because they’re here for a reason, too,” said Fitzpatrick, a running back for the West.

Since Sunday both squads have been putting in plenty of work…

“It’s been triples pretty much since we got here,” said quaterback Noah Nelson from Falmouth.

They’re getting to know each other and becoming a giant family. For Kennebunk’s Jake Boothby, the Lobster Bowl is actually a family affair.

“Since my older brother played, it’s been a pretty important game we’ve been trying to work up for it and play,” said Boothby.

He’s the third member of his family to play in the all-star game.

“He said it would be a fun game great to play another football game,” said the Kennebunk high school alum.

Through 25 games the West leads the East in the overall series, but for the last two years it has been the east coming out on top. The coaches from west are looking to change that.

“It’s been pretty balanced in the last couple years. We’ve had some teams move back and forth and things like that and i’ll say what I always say, the team that plays better is going to win so we’re going to try and let that be us,” said West head coach Mike Hathaway.

Regardless of which team come out victorious, these teams together will have played the game they love all for a great cause – The Shriner’s Hospital for Children.

“I hadn’t really known anything about the Shriners until we learned about it at the meeting and I raised a lot of money for them. It’s just a great experience,” said Nelson.

The 26th Shrine Lobster Bowl kicks off at 6:00 PM on Saturday, July 18th. NEWS CENTER will be bringing you the game LIVE on our websites at WLBZ2.com and WCSH6.com as well as on Time Warner Cable channel 1245.