The Tennessee Secondary School Athletic Association removed Riverdale and Smyrna from the high school girls basketball postseason on Monday following a report from a high school referee in charge of their District 7-AAA consolation game held Saturday in which he said that both schools “played to lose the game.”

Administrators from both schools met with the TSSAA on Monday. Smyrna principal Rick Powell said both he and Riverdale principal Tom Nolan asked to allow their teams to continue to play, but remove their respective coaches — Shawn Middleton at Smyrna and Cory Barrett at Riverdale — from the postseason.

“I hate it for the kids because of the actions of the coaches,” Powell said. “We pleaded with the TSSAA. We hated that they were penalized. But that was their decision.

“We talked about removing them for games, but it may be just one game (if they lost), or it could be two or three… You don’t know how many games it would be.”

Neither Powell or Nolan were in attendance at the consolation game, which was held at Riverdale. Smyrna won the contest 55-29.

By losing the consolation game, Riverdale was placed in the opposite side of the Region 4-AAA from defending state and national champion Blackman. The Lady Warriors wouldn’t meet Blackman until the region finals had both teams advanced. Both region finalists advance to the state sectionals.

Smyrna would have potentially played Blackman in the semifinals, which is an elimination game.

In the report, the referee noted that Riverdale “missed 12-16 free throws intentionally.” And that Smyrna “wouldn’t get the ball across the half-court line to get a 10-second count or to make us call an over and back violation intentionally.”

The referee wrote that he finally called the coaches together for a meeting after “a Smyrna player was about to attempt a shot at the wrong basket (but there was a 10-second violation call before they attempted the shot) on purpose.

“That was when I called both coaches together and told them we are not going to make a travesty or mockery of the game. WE ARE NOT GOING TO START TRYING TO SHOOT AND SCORE FOR THE OTHER TEAM.”

TSSAA executive director Bernard Childress said the decision to remove the teams stems from the players’ actions on the court.

Nolan said he is suspending Barrett for the first two games of the 2015-16 school year.

“It’s a total embarrassment,” Nolan said. “In my 35 years at Riverdale I’ve never had that happen. It sends a bad message to everyone. Bottom line is you play the game to win.”

Barrett did not return a message left on his cell phone seeking comment.

A Riverdale administrator told the TSSAA that Barrett did not instruct the players to play to lose.

However, Childress said it was Barrett that substituted his starters out of the game.

“From what I understand, he sat down and let them do whatever they wanted to do,” Childress said. “We questioned why his starters were on the bench and he had no attention to the game. He acted like he really didn’t care about what went on in the game.”

Rutherford County Schools spokesman James Evans told the Daily News Journal that schools director Don Odom will have a “follow up with the coaches” as well. Evans could not give any details of what could happen from that meeting.

Powell said he has not decided on an additional punishment to Middleton.

“We’re in the process of discussing that,” Powell said. “I talked briefly to Mr. Odom. It’s something we are discussing, but as to what that would be, I don’t know yet.”

Middleton said he expects more punishment to come from either Powell or the central office.

“We’ll handle it as adults,” he said.

Middleton said he regrets what happened.

“The bottom line is as a coach you make decisions in the heat of the game,” he said. “No way would I do it again.”

Powell said two administrators attended the consolation game. At one point in the second half, one of those administrators approached Middleton about what was transpiring.

“We were told the (administrator) went up to him and said, ‘What are you doing,”Childress said. “They told them, ‘You need to play to win the ball game and stop this.’ That’s when he put his starters back in.”

Smyrna held a 30-25 lead at the time with about four minutes left in the game. Middleton then reinserted his starters and the team went on to win by 26 points.

Middleton said it was difficult telling his team that its season was over, including the program’s three seniors.

“I’m just numb. I don’t have a lot to say. I just want to say if anyone should be punished, it should be the coaches.” 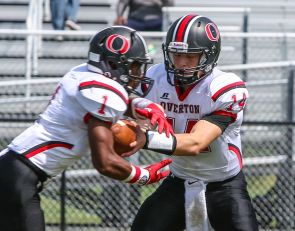 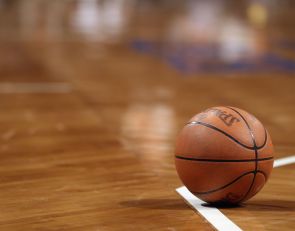 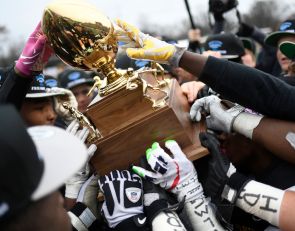 https://usatodayhss.com/2015/two-schools-tossed-from-tennessee-postseason-for-playing-to-lose-to-avoid-tougher-opponent
Two schools tossed from Tennessee postseason for 'playing to lose' to avoid tougher opponent
I found this story on USA TODAY High School Sports and wanted to share it with you: %link% For more high school stories, stats and videos, visit http://usatodayhss.com.