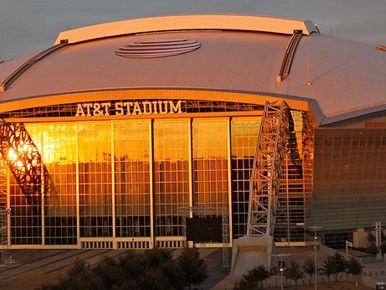 The UIL is moving its state football finals from Arlington’s AT&T Stadium to Houston.

The University Interscholastic League’s 10 state football championships will move to Houston’s NRG Stadium according to multiple reports. The UIL title games have been held before record crowds in recent years at AT&T Stadium in Arlington as the high profile home of the Dallas Cowboys. The UIL will formally comment on the agreement in the next few days to confirm the finals will be Dec. 17-19 at NRG, Stadium, which will hold its second Super Bowl in 2017.

The UIL had an option year to play at AT&T Stadium but those plans were upset in April when the NFL scheduled a Dallas Cowboys home game against the N.Y. Jets on Dec. 19. The UIL and Cowboys unsuccessfully appealed the NFL schedule which effectively forced a move the state championship games.

AT&T Stadium has drawn record crowds. The Class 6A final of Allen over Cypress Ranch drew 52,308 last December. Houston and San Antonio schools have lobbied the UIL to rotate the finals site because North Texas schools have won six of the last 10 titles in the largest classification since being hosted by Cowboys Stadium.