It most certainly was a bat at a recent high school basketball game between homestanding West Bladen and Southwest Onslow. The contest had to be stopped just before tipoff, and the game didn’t resume until the bat had been knocked out of the sky and apparently killed, according to North Carolina ABC affiliate WWAY, as distributed by KLTV.

The news channel reported that the West Bladen gym had previously been closed and a rivalry game relocated to a different site after a school maintenance official noticed a group of bats. That bat group was believed gone until tipoff against Southwest Onslow, when a certain winged companion fluttered down from the rafters.

The game resumed soon enough, though both teams suddenly had reason to believe that their opponent might soon have an extra, winged defender on the court. 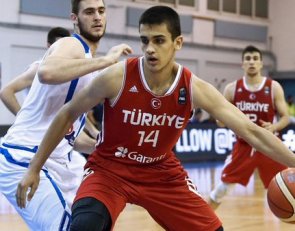 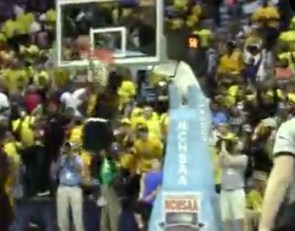 https://usatodayhss.com/2015/video-wait-is-that-a-bat-rare-intruder-interrupts-n-c-hoops-game
VIDEO: Wait, is that a bat? Rare intruder interrupts N.C. hoops game
I found this story on USA TODAY High School Sports and wanted to share it with you: %link% For more high school stories, stats and videos, visit http://usatodayhss.com.