Jordan Kitna has passed for 786 yards with eight touchdowns in completing 52-of-82 passes. Kitna hurt his shoulder in a 38-20 victory over defending Class 5A state champion Ennis last Friday. Several reports indicated Jordan Kitna suffered a broken collar bone although he returned to the game after his initial injury last week. Kitna was injured early in the third quarter but returned to complete 3-of-4 passes, including a touchdown. 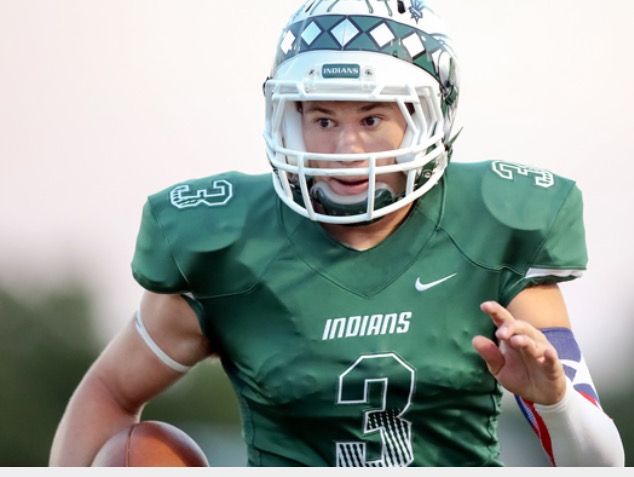 Waxahachie plays Mansfield Legacy this Friday. Junior Tyler Navarro replaced Jordan in the game but sophomore Bryce Salik could be moved in to take over the starting position for the remainder of the season. Jon Kitna’s move to Waxahachie came after he had been successful at his alma mater Tacoma (WA.) Lincoln. Jordan Kitna was among several players and coaches who arrived in Waxahachie last spring and have rejuvenated the program with a fast start.

If Waxahachie makes a long march into the UIL state playoffs, Kitna could possibly return with most shoulder injuries taking eight to 10 weeks for recovery.

https://usatodayhss.com/2015/waxahachie-qb-jordan-kitna-out-with-shoulder-injury
Waxahachie QB Jordan Kitna out with shoulder injury
I found this story on USA TODAY High School Sports and wanted to share it with you: %link% For more high school stories, stats and videos, visit http://usatodayhss.com.