After each week this football season, I will name the Varsity Insider Player of the Week and Coach of the Week and also identify some of the other top performances. Submit your suggestions on Twitter @lohudinsider or via e-mail at jthomson@lohud.com.

You can read about previous award winners at the bottom of this post.

Byram Hills quarterback Lou Filippelli looks downfield for a receiver during his team’s 54-34 loss to visiting Nyack on Sept. 12, 2015.

Player of the Week

Lou Filippelli, Byram Hills: The tireless senior was dominant yet again on both sides of scrimmage throughout the Bobcats’ 55-43 win over Beacon. He went 13 for 17 for 271 yards and four touchdowns in the air and also had 21 carries for 131 yards and two scores on the ground. Filippelli also contributed to 12 tackles on defense, leading Byram Hills to its first win of the season.

2. Antonio Giannico, Stepinac: The junior rushed for 206 yards and three touchdowns, including a spectacular 50-yarder that was highlighted by him hurdling a defender right in front of the Stepinac sideline — just five yards into the run.

5. Kevin Blank, Brewster: The senior caught three passes for 119 yards and two touchdowns and also snatched a pair of Somers passes for interceptions, including one he returned 14 yards for a score late in Brewster’s 43-18 road win.

6. John Arcidiacono, Eastchester: The senior had 14 carries for 192 yards and three scores and went 6 for 13 for 148 yards in the air, including two long touchdowns to Andrew Schultz, as Eastchester dominated Pearl River, 31-7.

7. Mike Smith, Hen Hud: Smith rushed 22 times for 135 yards and two scores and caught three passes for 74 yards as the Sailors held off Tappan Zee, 28-19, handing the Dutchmen their first loss of the season.

9. Kyle Samuels, Clarkstown South: The senior scored three touchdowns — two on the ground and one on a 51-yard pass — and returned an interception 63 yards as the Vikings beat Mamaroneck, 33-14.

10. Shamar Holebrook, Ossining: Holebrook not only had 33 carries for 208 yards and two scores, he also caught a touchdown pass from Liam O’Connor in a 33-8 win over Mount Vernon.

Honorable mention:Kevin Singletary had two sacks — including a key stop as Clarkstown North attempted one final drive — in New Rochelle’s 12-6 victory. … Amari Bilal had 15 carries for 193 yards and two touchdowns as Woodlands beat visiting Haldane, 28-0. … Nick Lancia (146 yards) and Will Cohen (139) combined for 285 yards as Fox Lane topped Ramapo, 43-18. … Mike Ferrara (176 yards) and Jason Robles (156) combined for 322 of Valhalla’s 478 yards rushing in a 44-6 defeat of Hastings. … Kier Maley had 20 carries for 104 yards and scored the game’s only TD in Lakeland’s 9-0 defeat of rival Panas. … Chase Pratt chewed up 128 yards on 27 carries and scored a touchdown as Rye beat Lourdes, 13-7. … Stephen Lauro was 7 for 12 for 108 yards and two touchdowns and rushed nine times for 88 yards as Suffern rallied from a two-touchdown deficit to beat Spring Valley, 24-14. … Joe Cavaciuti had 90 yards rushing and three touchdowns as Mahopac denied Arlington, 27-13. … Matt Levine recorded 10 tackles and blocked a punt as Nanuet shut out visiting Irvington, 12-0. … Richie Kirwin went 7 for 11 for 103 yards and three touchdowns and rushed for 47 yards and another TD as Saunders routed Roosevelt, 48-6. … Mike Dellabate’s 17-carry, 179-yard day included a key 84-yard touchdown run in the fourth quarter as Putnam Valley pulled away from Briarcliff, 15-0. … Mike Hammond had 15 carries for 183 yards and two touchdowns as Pleasantville ran past Bronxville, 20-7. … Stephen Nicholas, Sam Squadron and Michael Rolfe combined to rush for 330 of Scarsdale’s 372 yards in a 38-7 defeat of previously unbeaten Carmel.

Mahopac coach Tom Donahoe, pictured during a game against visiting Carmel in 2013.

Coach of the Week, Week 5

Tom Donahoe, Mahopac: It certainly hasn’t been as easy as Mahopac hoped this year. Case in point: The Indians have used two quarterbacks, neither of whom is actually the starter. But they enter this week’s regular season finale at New Rochelle with a 3-2 record and having won two straight, the last of them an impressive 27-14 defeat of Arlington. Donahoe recently inserted junior Andrew Ryan at QB and moved his son, Christian, back to running back. He also moved senior Chris Kocovic, a 220-pound fullback, to guard. In the two games since, his Indians have scored 65 points.

The Mahopac football team poses with a check that the school donated to Community Cares, a local non-profit, after its second annual "Pink Game" on Oct. 2, 2015. 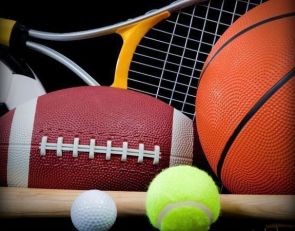 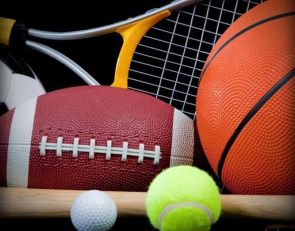