* No. 5 St. Xavier fell at Central 20-17 last week, suffering its first-ever loss to the Yellowjackets in 36 meetings. Junior quarterback Desmond Ridder rushed for 200 yards and two touchdowns on 18 carries but completed just 4 of 11 passes and was intercepted twice as the Tigers committed four turnovers.

* Highlands, the preseason No. 1 team in Class 5-A, dropped to 1-3 last week with a 48-24 loss to Ryle and is allowing 38.5 points per game. Senior quarterback Austin Hergott, who has committed to Central Michigan, has completed 33 of 69 passes for 485 yards and four touchdowns with four interceptions. Senior Nick Kendall has rushed for a team-high 352 yards and five touchdowns. 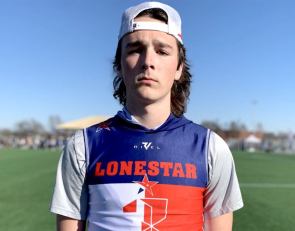 https://usatodayhss.com/2015/week-5-previewpick-st-xavier-at-highlands
Week 5 preview/pick | St. Xavier at Highlands
I found this story on USA TODAY High School Sports and wanted to share it with you: %link% For more high school stories, stats and videos, visit http://usatodayhss.com.