West Seattle's Elliott made the Wildcats into contenders

West Seattle's Elliott made the Wildcats into contenders

When Sonya Elliott took over the West Seattle girls basketball program five years ago, things looked bleak. The team was lacking proper equipment, funding was minimal, and the girls basketball team had not had a winning season in 40 years.

“There wasn’t a lot of support, and the girls didn’t want to try out, because there hadn’t been a lot of success in the past,” said Elliott, who is also a model and an author.

The change has been incremental: The Wildcats won just three games the first year Elliott took over as head coach. The next year they won four. In 2013, West Seattle exploded for a 14-10 record, and made it to the district tournament. West Seattle also received its first girls basketball gym banner for Metro Sound Division Champion, and Elliott was named Metro League Coach of the Year.

The momentum behind West Seattle’s recent success has Elliott’s motivation and expectations combined with a key groups of seniors and starters who have been there for the almost all of Elliott’s tenure.

This year the No. 8 Wildcats are 9-2, with its only losses coming from the MaxPreps Desert Classic, where West Seattle took third. The Wildcats lost to 4A No. 7 Bellarmine Prep and Cajon (San Bernanadino, Calif.).

“We learned how to play under pressure, and take care of the ball, and iron out the workings of play,” said guard Charli Elliott, who is Sonya’s daughter.

The Wildcats also recorded a notable 59-43 win over No. 7 Lakeside Dec. 17, and beat Holy Names for the third time in school history Jan. 7.

“I’m kind of fundamentalist, and I like to stick with the basics,” Elliott said.

Elliott’s basketball history is extensive. She coached basketball as an assistant at Bishop Blanchet for eight years before coming to West Seattle. In college, Elliott played forward at Eastern Washington University, and helped her team make an NCAA tournament appearance in 1987. Now she plays on a rec team in addition to coaching.

Although Elliott says she is less intense about basketball when she was younger, her players still see her dedication to the team.

“She’ll watch video that night so the next day at practice, she knows what we need to work on,” said guard Annalisa Ursino. “That’s amazing to have a coach that cares that much.”

West Seattle forward Charli Elliott gets up for a shot.

The 6-foot-6 Giomi dominates at the post, leading with 16.2 points and 11.1 rebounds per game. Ioane follows with 13.2 points and 8.5 rebounds. Fiso, a Central Washington commit, is a strong outside shooter, and adds 10.6 points per game.

“We have scoring potential from a lot of different places, so that makes it more difficult to defend,” said Elliott.

As far as future goals, Elliott didn’t want to say anything definite, but thinks the girls have the “potential to go really far” in post-season tournaments.

For senior captain Ursino, her goals are not just about the championships.

“I want to give the school a team they can root for, because a lot of teams don’t make it to state,” Ursino said. “To give the community a team that could, that would be awesome too.” 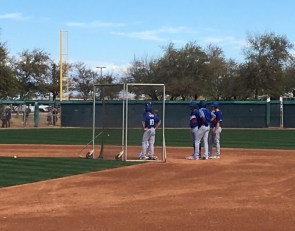 https://usatodayhss.com/2015/west-seattles-elliott-made-the-wildcats-into-contenders
West Seattle's Elliott made the Wildcats into contenders
I found this story on USA TODAY High School Sports and wanted to share it with you: %link% For more high school stories, stats and videos, visit http://usatodayhss.com.