Where are they now: Kareem Hunt

Where are they now: Kareem Hunt

Hunt, a first-team All-MAC pick as a sophomore, rushed for 1,631 yards in 2014, and ranked second in the country in yards per carry with 7.96. He capped his season by running for 271 yards and five TDs in Toledo’s 63-44 victory over Arkansas State in the GoDaddy Bowl and finished the year with 1631 yards and 16 TDs.

Most people in Northeast Ohio will remember the back of a powder blue Willoughby South #3 jersey as Kareem Hunt ran past all of the teams in the region. Hunt ran for 2,519 yards and 41 touchdowns in his junior campaign at South and followed that up with 2,508 yards and 45 touchdowns in his senior year. 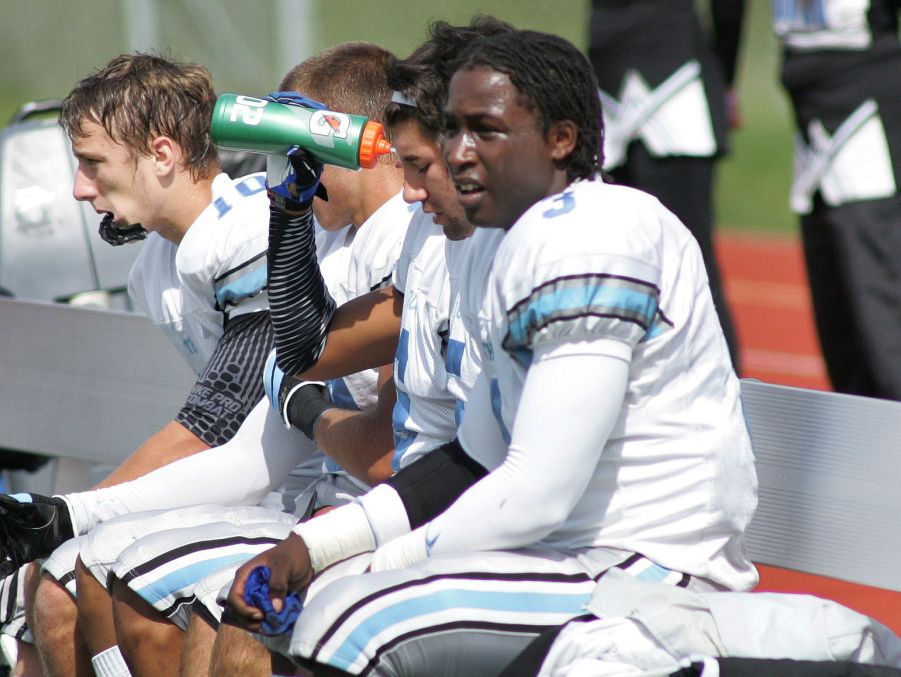 The major schools didn’t come calling for Hunt, as he was ranked as the 118th running back in the 2013 senior crop. He did have quite a few larger programs that he passed on, including Pittsburgh, Cincinnati, Bowling Green and Ohio University.

Hunt, made the decision to stay local.

“It’s good to have a big support group to come and watch me play.” said Hunt

It’s that support from his family, friends and the Willoughby South alum that helped him after an ankle injury that forced him to miss 3 games in the 2015 season.

During those three weeks, Hunt called home for support from his mother. After he recovered from that injury, he went out and put up 265 yards and 2 TDs against Bowling Green on Nov. 19 2014. His plays were so dynamic that it even made ESPN’s Top 10 Plays.

Even with all the success at Toledo, Hunt still follows his Rebels and celebrated last fall when they beat Glenville 34-12 in the first week of the regional playoffs.

https://usatodayhss.com/2015/where-are-they-now-kareem-hunt
Where are they now: Kareem Hunt
I found this story on USA TODAY High School Sports and wanted to share it with you: %link% For more high school stories, stats and videos, visit http://usatodayhss.com.