Amidst a 12-2 run to start the game, an assistant coach for Pocomoke high’s boys basketball team shouted some words of motivation to LiCurtis Whitney.

“They don’t belong on the same floor as us!” the assistant coach said of the Wicomico Indians.

After building a colossal lead early, the Warriors cruised to an 84-60 road victory over the Indians on Dec. 10. Whitney was a man among boys and led the Warriors with 25 points, 12 rebounds, five assists, a block and three steals.

“(Whitney) has no back-off in him,” said Indians head coach Butch Waller. “I told our guys that when he gets the ball, he’s going to the basket — hard. We couldn’t stop him.”

Whitney, or Z-Bo as some of his teammates call him, was a beast in the paint in the beginning, middle and end of the game. He dominated on both ends of the floor and in nearly every aspect of it. The only thing he didn’t do was flush a three-pointer, but he still connected on a few mid-range jumpers.

It wasn’t that Whitney was so big that Wi-Hi (1-2; 0-2 Bayside South) couldn’t do anything about him. It was that he had more power, energy and effort than anyone else on the court.

Pocomoke’s Jameel Baldwin with the jumper against Wi-Hi on Thursday, December 10. at Wicomico High School.

“That’s my unsung hero. I want to be like him when I grow up,” Warriors’ head coach Derrick Fooks said of Whitney. “This kid plays with a lot of heart and desire. He’s undersized, but he’s worked on his game so hard. When you work that hard you have to have something positive come out of it, and tonight it showed against a very good team.”

Pocomoke’s (3-0; 2-0 Bayside South) largest lead of the night was in the second quarter, when the Warriors led by 24 points. They led 12-2 in the first quarter, then Wi-Hi narrowed the gap a little bit with a 5-0 run of its own.

But the Warriors then tightened their grip and went on a 22-3 run to shut the door on Wi-Hi early. But they didn’t let up from there. The Warriors wanted to make sure the Indians were defeated, and saw their victory through until the final buzzer.

“It’s Wi-Hi versus Pocomoke,” Fooks said. “It’s the rivalry that it is. I thought we came out with a lot of energy and we had them back on their heels early. Everything starts with defense with us. Regardless of what Wi-Hi did tonight, it’s what we do well that is going to help us win.”

Jordan Brittingham and Barry Gaines each had 17 points apiece for the Indians. Brittingham also chipped in 11 rebounds, three assists and four steals. However, their stat lines couldn’t stop the Indians from turning the ball over, which further shrunk their chances of beating Pocomoke.

The Warriors registered 22 steals on the night, and not only topped the Indians in points, but also rebounds by a 47 to 33 margin. They out-assisted the Indians to with 21 dimes to the Indians’ 10.

“They’re a lot better than we are,” Waller said of the Warriors. “They are so quick and they anticipate the pass so quickly. With us having shaky ball handling, we dribble right into trouble and they pick it off.”

The biggest advantage that the Warriors have over other teams is that they are faster and have stronger stamina than everyone else. It seems like their players are constantly running 110 miles an hour and they aren’t giving less than 110 percent worth of effort.

The Warriors won’t beat a team with three point shots or size, but they will hurt their opponents with speed, defense and toughness.

That’s been the Pocomoke basketball motto from the beginning.

“We’re going to be in shape,” Fooks said. “If we’re in better shape than the other team, then we always give ourselves a chance to win.”

Wi-Hi was beginning to get a little momentum on its side midway through the fourth quarter when the team embarked on a 6-0 run. But then the Indians made the mistake of missing their next shot.

Whitney corralled that defensive rebound, turned and saw Johnson streaking down the middle of the court.

Whitney fired a perfect outlet pass to Johnson. He caught the ball in stride like a wide receiver, then with one hand slammed the ball down on the Indians. He let out a thunderous roar after, and any idea of the Indians making a comeback had been killed.

“I think I’m the best outlet passer in the Bayside,” Whitney said. “(Johnson, who transferred in from Arcadia) has been a great addition to this team.”

Minutes after that play, the Warriors were leading by 23 points and were defending an inbounds pass from the Indians with three minutes to play.

Sitting down, Fooks looked Johnson’s way and asked if he was tired.

“Good,” said Fooks. He pointed to an open Wi-Hi player and said, “Get on up here then.”

It was a moment where one might have thought that Pocomoke, with the lead in hand, would have let up.

But the Warriors aren’t wired that way. And that’s how they intend on playing for the rest of the season.

Pocomoke’s Tyler Nixon with the lay up after a turn over the game against Wi-Hi on Thursday, December 10. at Wicomico High School. 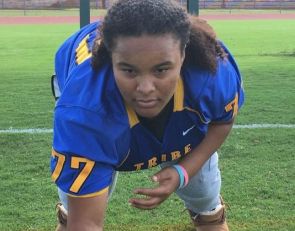 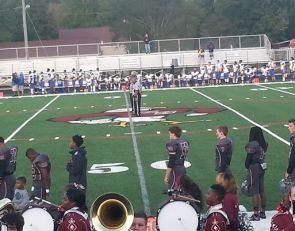 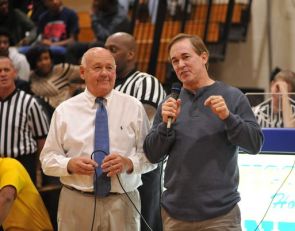 https://usatodayhss.com/2015/whitney-and-warriors-dominate-turnoverprone-indians
Whitney and Warriors dominate turnover-prone Indians
I found this story on USA TODAY High School Sports and wanted to share it with you: %link% For more high school stories, stats and videos, visit http://usatodayhss.com.