PORTLAND, Ore. — The World Select Team for the Nike Hoop Summit has a front line that could be mistaken for the nearby Cascades.

There’s China’s Zhou Qi, who is 7-2, and Australia’s Thon Maker of Orangeville Prep is 7 foot.

That means that another Australian, Montverde (Fla.) Academy’s Ben Simmons, who is 6-9, could play small forward, unless of course the small forward at the moment is Mali’s Cheick Diallo, who is 6-9 and played for Our Savior New American (Centereach, N.Y.).

“There’s no disadvantages (to having this size),” World Select coach Roy Rana said. “It’s all advantages. They’re tall, mobile, long. They’re also very athletic. It’s really the future of what big guys are going to be in the NBA. There are a lot of guys who have good length but are very mobile. It’s an exciting group to work with.”

Simmons is a good example. Though 6-9, he averaged a double-double for Montverde and he runs well enough and passes well enough in transition that he could play point forward on this squad.

“The advantage is we can guard anybody, one through five,” Simmons said. “The disadvantage is that we are a bit slower, but at the same time, it’s more of an advantage to be a big team. We’re like an NBA team.”

The International squad isn’t just big on the front line. They could start a backcourt of Canadian Jamal Murray at point and Stefan Peno of Serbia at the off guard. Both are 6-5.

“We’re going to get a lot of rebounds,” Murray said. “Plus, a lot of deflections.”

While the U.S. has plenty of size, Stephen Zimmerman of Bishop Gorman (Las Vegas) is the only 7-footer. That means other bigs, such as Ivan Rabb of Bishop O’Dowd (Oakland), who is 6-8, will have their hands full.

“I know Cheick is very active, so I will have to keep my eye on him and worry about the other two bigs as well,” Rabb said. “As long as we put bodies on guys during rebounds and play defense, we’ll be fine.” 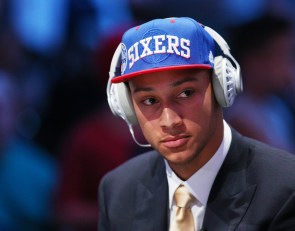 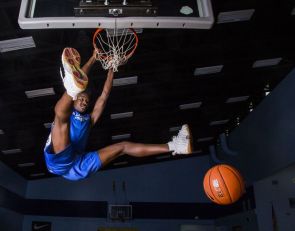 Nike Hoop Summit preview: Everything you need to know for USA vs. the World Select Team

https://usatodayhss.com/2015/world-select-frontcourt-is-a-tall-order-for-team-usa-in-nike-hoop-summit
World Select frontcourt is a tall order for Team USA in Nike Hoop Summit
I found this story on USA TODAY High School Sports and wanted to share it with you: %link% For more high school stories, stats and videos, visit http://usatodayhss.com.