WWE star Natalya once tore her ACL in the ring. / WWE.com

She’s equally dominant outside of the ring when it comes to board games against her husband, WWE star Tyson Kidd.

“I’ve got a lot of talents and he knows he can’t beat me in any board games,” Natalya said. “I’m pretty competitive at it so I won’t lose.”

And with good reason…

“Oh, I absolutely cheat at board games,” she said with a laugh. “When I’m right, I’m right and when I’m wrong, I’m still right. That’s how I get it done. … I win. That’s all that matters!

The daughter of former WWE star Jim “The Anvil” Neidhart, Natalya also has been part of the cast of “Total Divas” on E! since its inception. The show just finished its this season and returns in July.

I caught up with the former WWE Divas champion to chop-it-up about everything from her background in dance and jiu jitsu to why she’d win a UFC tournament involving only WWE Divas to why she’d never want to meet WWE champion Brock Lesnar in a dark alley.

Jason Jordan: I always like to hear about the sports backgrounds and experiences of all of my guests on the Celeb Chop-Up. What sports have you tried?

Nattie: Well, I was born in Calgary, Alberta, home of the Hart family. My whole family is pretty much from there. I was always pretty diverse. I actually did dance, gymnastics, jiu jitsu and, of course, wrestling. My true love was amateur wrestling. Pro wrestling is different, obviously, but having that background really helped.

JJ: What was your shining moment in amateur wrestling coming up?

N: I actually trained with my cousin Harry, who is the son the British Bulldog. Any time I could take Harry down it was a pretty major accomplishment.

JJ: Who wins a UFC Tournament involving only WWE Divas?

N: (Laughs) Well, first of all I’d have to say myself. I’ve got a lot of pent-up anger from my childhood. Just kidding! Other than me, I’d have to say Brie Bella. She’s one of the feistiest divas I know. Everyone thinks Nicole is the more aggressive one, but Brie brings it! When things go down backstage don’t be afraid of Nikki, be afraid of Brie!

JJ: Time to go random; what fast food restaurant has the best burgers?

JJ: Everyone plays Paper, Rock, Scissors. Which object have you found that you get the most wins with?

JJ: What was your worst pre-fame job?

N: Oh my God, I had a job when I was 18 years old selling Kirby vacuum cleaners for one week then I quit. I didn’t realize that you had to basically clean everyone’s house to sell one of those things. I turned into a cleaning lady and the only person that bought one was my grandfather.

JJ: What do yellow traffic lights say to you?

N: I’m gonna get in trouble for saying this, but that definitely means GO!

JJ: What movie deserves another installment?

N: My favorite movie of all time is The Shawshank Redemption, but I’d probably have to say The Wolf of Wall Street. I’d love to see what happens next.

JJ: What’s the most overused slang word out today?

N: (Laughs) Bae! I’m so sick of people being posers too. I can’t stand that. Just be you; don’t be a chameleon.

JJ: If you would 100 percent get away with it which crime would you commit?

N: Ooh, I don’t know. There are a lot of bad things I want to do! Hmm, maybe doctoring up a plane ticket so I could ride first class on every flight.

N: (Laughs) My parents never really enforced rules with us; we were the parents. When your dad has a goatee and looks like he’s part of ZZ Top there are no rules!

JJ: Unfortunately you’ve found yourself in the Witness Protection Program, what’s your cover name going to be?

JJ: What sitcom intro song do you know every word to?

JJ: What random fact can you just reel off to me right now?

N: A great moisturizer will make you look amazing on HDTV! How about that!

JJ: Who would you never want to meet in a dark alley?

N: (Laughs) Brock Lesnar. There are moments when he’s really nice, but he’s so scary looking because he’s huge. You don’t even have to watch WWE to see that.

JJ: Between another season of “Total Divas” and WrestleMania coming up; talk about what fans can expect going forward.

N: Well, I never thought of myself as the type of person that would do a reality show, but it’s been really fun. And I realized that I’m a train wreck and I cry every episode of the show. I can’t even explain how it feels to let it all out. It shows all of these different sides of all of us. It’s made us a lot more well-known now too. Even the Kardashians really like the show! I’ve had so many people tell me how much the show inspires them and how relatable we are.

Also, we’ve got WrestleMania coming up on March 29 on the WWE Network. My dad is going with me; he’ll be my eye candy along with my husband! It’ll be an amazing show! 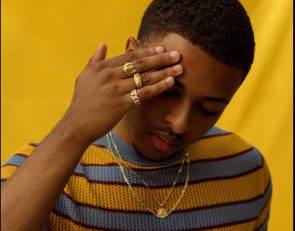 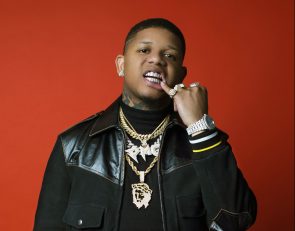