The oldest sports rivalry in New York City added another chapter Thursday when Xavier Prep stopped a two-point conversion with 29 second remaining to preserve a 15-13 victory against Fordham Prep in the 92nd Annual Turkey Bowl in Brooklyn.

Xavier has won four consecutive meetings for the first time since winning four in a row from 1983 to 1986.  Xavier, which won the CHSFL Class AA title last weekend, completed its season at 11-1.

Official results in the series date back to 1905, although the first meeting dates back to 1882.

Thursday, the victory was led by Michael Chiarovano, who ran for 157 yards on 41 carries with two touchdowns. A year ago, he ran for 224 yards the Knights’ 35-34 victory in the Turkey Bowl.

Fordham (7-4) took a 7-0 lead on a TD pass from Matt Valecce to Will Loffredo for the only score of the first half. Xavier got on the scoreboard on Chiarovano’s 2-yard run with 4:11 remaining the third quarter.

With Xavier trailing  7-6, the Knights took their first lead on a safety on a holding penalty in the end zone with 9:19 remaining and then Chiarovano pushed the lead to 15-7 with 3:07 remaining.

Valecce hit Jack Casella for a 10-yard TD pass in the final minute, but the duo could not connect on the two-point conversion. Xavier recovered the onside kick and the Turkey Bowl victory was theirs for another year. 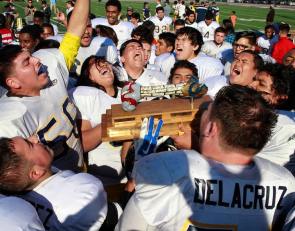 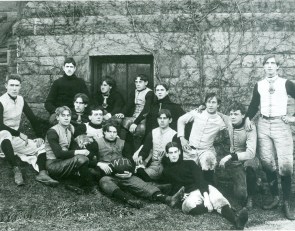 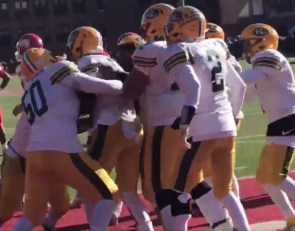