After enduring a quiet start to the Junior-Senior all-star series last week, Malik Williams proved as important as any player in a 103-90 rebound win for the juniors on June 9.

Williams, who scored just four points in a 118-96 loss to the IndyStar Indiana All-Stars in Bloomington, finished with 15 – plus six rebounds – in the second of two exhibitions, a Junior All-Stars victory, in Lebanon.

“It’s a nice setting, because we’re all from different places and don’t really know each other,” Williams said of the all-star experience. “Gives you a chance to meet other people.”

A 7-foot center from Fort Wayne Snider, Williams is fast becoming one of the Midwest’s top big men – if he isn’t already.

He boasts an offer list that includes Purdue, UCLA, Indiana, Louisville, Illinois, Xavier and Michigan State, among others. The 247Sports Composite ranks him the No. 40 player in the 2017 class, and the No. 5 center.

Williams visited Louisville shortly before the junior-senior series, a trip that he said left a positive impression.

“I liked it down there. It’s a nice campus. Coach (Rick) Pitino (and his staff) just said that they like my personality, my versatility and how I can help the program,” Williams said. “I think I’d fit in nicely there. They would help me play my game and develop my game.”

Indiana has been involved in Williams’ recruitment for some time, and the player responded in kind with a pair of visits last season.

Williams was in Bloomington for Hoosier Hysteria in October and for IU’s game against Northwestern in late January.

“It’s always a great experience, a great time down there,” he said. “My relationship is really strong with IU. They’re a great program, and they have great coaches.”

Hardly bereft of options, Williams said he’s happy with the present pace of his recruitment.

“Not really,” he said when asked if there were specific schools he wanted to hear from. “If someone comes, that’s great, but I’m not really searching for anybody right now.” 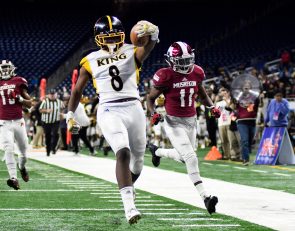 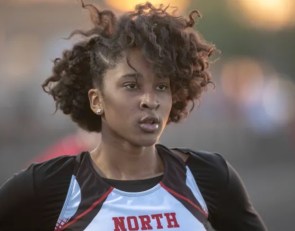 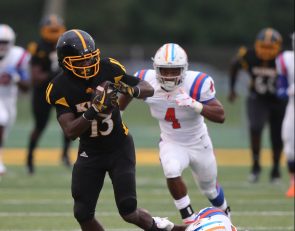 https://usatodayhss.com/2016/2017-c-malik-williams-taking-recruitment-in-stride
2017 C Malik Williams taking recruitment in stride
I found this story on USA TODAY High School Sports and wanted to share it with you: %link% For more high school stories, stats and videos, visit http://usatodayhss.com.