He then dominated the most anticipated high school match of the season, beating Alex Marinelli from Graham (St. Paris, Ohio) 14-5 in the Dream Team Classic in mid-March.

Now, Hall of Apple Valley (Minn.) is on his way to next weekend’s U.S. Olympic Team Trials after winning the gold medal at 74 kg/163 pounds with a 5-4 victory against Anthony Valencia in the finals Saturday at the Last Chance Olympic Trials Qualifier in Cedar Falls, Iowa.

“When I was wrestling Anthony [Valencia], he was in on my leg, you know, he was up 4-3 going to potentially put the match away. I could hear coach [Brandon] Slay screaming ‘You score from here,’ so I just had to wrestle through it. [Valencia] is an impressive wrestler,” Hall told USA Wrestling.

Hall, the reigning American Family Insurance ALL-USA Wrestler of the Year, is heading to Penn State in the fall, but has a chance to get to Rio before he goes to State College.

“To imagine me getting myself into this position, being able to wrestle with the best guys that haven’t qualified for the Trials is really, it’s an honor for me. It’s just awesome,” said Hall. 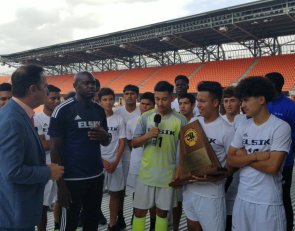 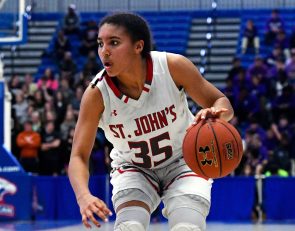 Meet Azzi Fudd, the 15-year-old who might be the nation's top girls basketball prospect 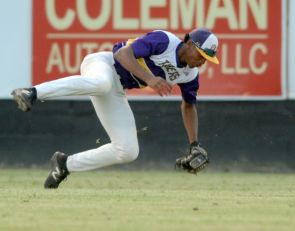