Southport guard Paul Scruggs’ performance with the IndyStar Indiana All-Stars demonstrates why he’s a sought-after recruit in the 2017 class. (

In a week for all-stars, no one shined brighter than Paul Scruggs.

The junior guard from Southport, a leading light on the Junior All-Star team that went 1-1 against the IndyStar Indiana All-Stars last week, twice flirted with a triple-double during the annual in-state showcase series.

Scruggs posted 15 points, nine assists and eight rebounds, and helped steady the juniors after a rough first half, in a 22-point loss on June 7. Two days later, he followed with 17 points, eight rebounds and six assists in a 103-90 win over the seniors.

The pair of performances illustrated why Scruggs is one of the most sought-after guards in 2017.

The No. 32 overall player in the upcoming senior class, according to the 247Sports Composite, Scruggs has schools such as Indiana, Kansas, Louisville and Michigan State in serious pursuit.

But his recruitment isn’t limited to the Midwest. Scruggs has started hearing from Washington, which recently hired Michael Porter Sr. as an assistant coach. Porter’s son, Michael Porter Jr., is the same age as Scruggs and AAU teammate Kris Wilkes, and the Porters used to live in Fishers.

The only visit on his horizon is a trip to Champaign.

Illinois coach John Groce and assistant coach Jamall Walker are spearheading Scruggs’ recruitment, and while he did not specify a day, Scruggs said he expected to visit the Big Ten school this week.

“I like coach Walker and coach Groce,” Scruggs said after the loss in Bloomington last week. “I really just have a good relationship with both of them. They hit me up every once in a while, telling me good luck on my games, asking how my family is.”

The Illini have in-conference competition for Scruggs’ attention, however, with Ohio State, Michigan State and Indiana keeping close tabs on the Southport star.

Scruggs has visited Bloomington several times, including a trip down for Hoosier Hysteria last fall, and he said IU coach Tom Crean wants to develop him in the point guard position he ably manned for the juniors last week. Crean had been in touch with the 2017 standout just that day.

“He was just talking about how, if I come there, that I could work on my ballhandling skills and become a true point guard,” Scruggs said. “They look to point guards to dictate tempo.”

According to a tweet from his AAU coach in late May, Scruggs’ recruitment is primarily focused on eight schools now: IU, Illinois, Michigan State, Ohio State, Kansas, Kentucky, Xavier and Louisville. 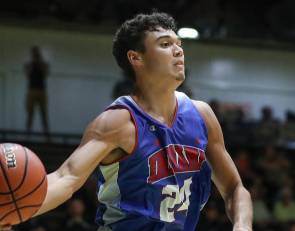 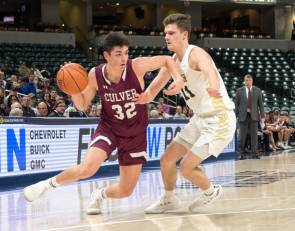 IndyStar scouting report: Who is Indiana basketball getting in Trey Galloway? 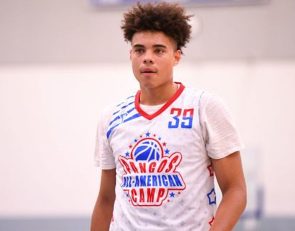 In a week for all-stars, no one shined brighter than Paul Scruggs.