Mike Rumph, who won two Florida state titles in three seasons at American Heritage (Plantation, Fla.) is returning to his alma mater, the University of Miami, as cornerbacks coach, according to multiple reports.

The news was first reported by Peter Ariz of CanesInSight.com.

American Heritage confirmed the move in a tweet after Rumph met with his players Monday morning:

BREAKING: Head football coach Mike Rumph will be the new cornerbacks coach at the University of Miami starting next season. Congrats coach!!

Rumph’s hiring continues a trend of college coaches bringing in high school coaches, although Rumph is among the few who will be position coaches. A South Florida native, he is expected to have an impact on the recruting trail as new coach Mark Richt looks to bolster a class that is ranked No. 18 by 247Sports.

Rumph was a starter on Miami’s 2001 national championship team and was selected in the first round of the 2002 NFL draft by the San Francisco 49ers. He spent five seasons in the NFL, four with San Francisco and one with the Washington Redskins. After getting released during training camp by the St. Louis Rams in 2007, he did not play that season and retired the following year.

Rumph was hired at American Heritage in 2012 and led the team to a 39-6 record in three seasons, including back-to-back 5A state titles in 2013 and 2014. The team lost many of its top stars entering the 2015 season, but the team finished 10-2 and reached the regional finals. The two losses were be a combined eight points, including a 23-22 loss to DeMatha Catholic (Hyattsville, Md.), which was ranked in the top 5 nationally at the time.

Before being hired as the Heritage football coach, he led the boys and girls track teams at the school to their first state titles in the spring of 2012, his first season as coach.

As for the future at Heritage, athletic director Karen Stearns told the South Florida Sun Sentinel that a search will begin soon.

“If we keep our standard of what best fits for our kids and American Heritage, we’ll be fine,” she said. “[Rumph] put together a really great program and built a foundation and we want that foundation to continue. If we go along those lines of what over the last three years we’ve built here, we’ll find the right fit.” 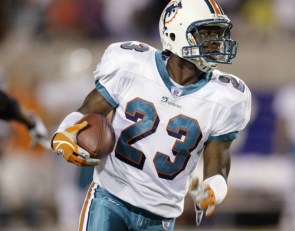 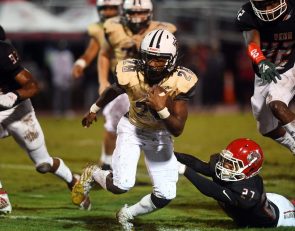 https://usatodayhss.com/2016/american-heritage-plantation-coach-mike-rumph-to-join-univ-of-miami-staff
American Heritage-Plantation coach Mike Rumph to join Univ. of Miami staff
I found this story on USA TODAY High School Sports and wanted to share it with you: %link% For more high school stories, stats and videos, visit http://usatodayhss.com.