In a week in which he’s hardly been out of the headlines, Michigan coach Jim Harbaugh first landed on the radar for telling top placekicker prospect Quinn Nordin that he would be at his house overnight from Thursday to Friday. Well, it appears that Harbaugh’s visit with Nordin really happened.

Late Thursday night, Nordin’s kicking coach Brandon Kornblue confirmed that the sleepover was going ahead, as captured by our partners at the Detroit Free Press.

The next morning, Nordin posted photos of Harbaugh with him at both Rockford High, where Nordin is a senior, and in Nordin’s car en route to Ann Arbor on Friday. The pair were plenty chummy, which should encourage Michigan fans who have their heart set on Nordin joining the program; the kicker is currently a Penn State commit, though he has said he will officially announce his decision between Michigan, Penn State and Baylor on National Signing Day.

On our way to A2〽〽 pic.twitter.com/TOYgKeOYUH

Harbaugh originally told Nordin that he would sleep on a 6-foot-3 patch of Nordin’s bedroom carpet, though it’s uncertain whether that’s where he stayed. By all accounts it does appear that Harbaugh was at Nordin’s house overnight, with the coach posting a photo on Twitter of a pretty impressive and elaborate prank perpetrated by Michigan State fans across the street from Nordin’s house.

Where Nordin’s recruitment goes from here is anyone’s guess. Here that James Franklin? You’re on deck. 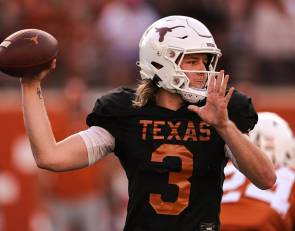 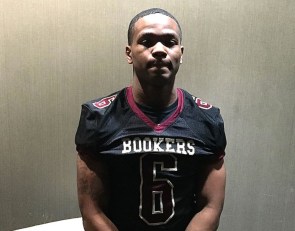 https://usatodayhss.com/2016/apparently-jim-harbaugh-really-did-have-that-sleepover-with-k-quinn-nordin
Apparently Jim Harbaugh really did have that sleepover with K Quinn Nordin
I found this story on USA TODAY High School Sports and wanted to share it with you: %link% For more high school stories, stats and videos, visit http://usatodayhss.com.