The pipeline from Assumption High School to the University of Louisville under Assumption volleyball coach Ron Kordes is still alive and well.

On Thursday, Assumption libero Alexis Hamilton signed her national letter of intent to play for the Cardinals next fall.

“Alexis Hamilton comes to Louisville touted as one of the nation’s best liberos,” Louisville head coach Anne Kordes said in a statement. “Not only has she played and won at a high level all through club and high school, but she has carries with her the reputation of being a fantastic teammate and leader. She plays with fire, tenacity, and toughness, which will allow her the opportunity to get on the floor and make an impact early in her career. Louisville fans are going to love cheering on Alexis Hamilton for the next four years.”

This past season, Hamilton was an all-region performer, playing in the second-most sets on the team, 97. She recorded 378 digs, 319 service receptions, six assists, and 37 aces. She was all-district as a junior. 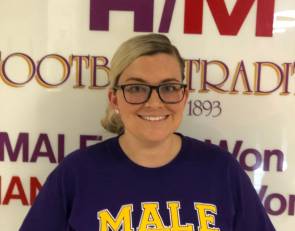 https://usatodayhss.com/2016/assumptions-alexis-hamilton-signs-nli-to-play-for-louisville
Assumption's Alexis Hamilton signs NLI to play for Louisville
I found this story on USA TODAY High School Sports and wanted to share it with you: %link% For more high school stories, stats and videos, visit http://usatodayhss.com.