BELLEVUE – The Athens volleybal team advanced to the ‘Sweet 16’ with a win on Tuesday night at Bellevue High School.

Shortly after that regional semifinal match, the St. Philip volleyball team was eliminated in the state tournament – marking the first time in 16 years the Fighting Tigers won’t make an appearance in the state finals.

“We have goals that we do every day at practice, and yesterday it was our team goals, and a lot of us wrote teamwork, have heart and want to win, and that’s what it took,” said Athens senior libero Aubrey Cole. “I’m just excited that I’m a part of it. It’s my senior year, so I’m just pushing and hoping we can go all the way. I just want to win state or just at least go to state.”

“Our defense is I think what held us together tonight,” said Athens coach Jacy Nay. “We’re always strong defensively in serve-receive, but I think that’s what pulled us through to the end.”

In 2015, St. Philip eliminated Mendon in the state quarterfinal round on its way to its unprecidented 15th consecutive state semifinal and its 15th straight state finals appearance.

“I feel bad for the seniors. There is no tomorrow for them,” said St. Philip coach Vicky Groat. :As a coach, you want to get to the end and you want to be at the last possible day of your season playing and it’s been a long time since we haven’t been there, but we knew that day would come sometime.”

Mendon was led by senior libero Kaley Smith – who is committed to Western Michigan – with 27 digs. Senior outside hitter Megann Leighton had 21 kills and two blocks; freshman outside hitter Hannah Duchene had 10 kills and three aces and senior setter Cassie Plummer had 34 assists.

“All the respect for St. Phil,” said Mendon coach Bill Trenary. “Any time you can notch a win anywhere against St. Phil is great. It’s a testament to how hard our players have had to work and how long we’ve been working. It’s been a 2-3-4 year project to finally chase that program and get them in a game when it counts.”

“I don’t think we played our finest, but give all the credit to Mendon,” Groat said. “They are an amazing team and they have the tradition too in the volleyball world and they came ready to go.” 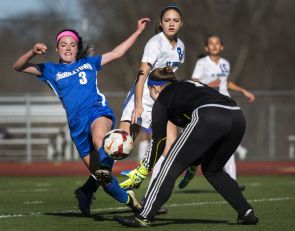 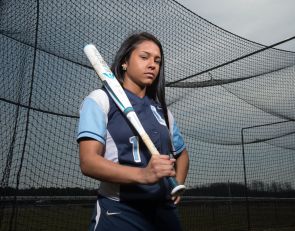 Athlete of the Week: Mya Maddox 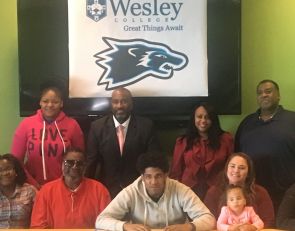