AVON PARK – For the second straight season, Bishop Verot faced Avon Park with the top spot in District 4A-6 on the line. And for the second time, the Vikings could not beat the Red Devils as Avon Park prevailed 56-7.

Vikings receiver Devon Thompkins, quarterback Korey Besse and three or four other Vikings were playing through a serious flu. Cornerback Tequon Chatman was coughing with vigor. Thompkins also overextended his left knee and played with a limp in the second half.

Besse connected with Thompkins on a 35-yard touchdown pass at the start of the second quarter to pull within 26-7, but the Red Devils had four touchdowns through the air in the first half.

“They are fast,” Thompkins said.  “They are a good team, I will give that to them.”

Blake Williams and Bryce Glasgow caught balls in the second half for the Vikings. Fletcher Reynolds had an interception, Carson Smith and Joseph Mera recovered fumbles and Kevin Messery knocked a ball loose, all in the second half. 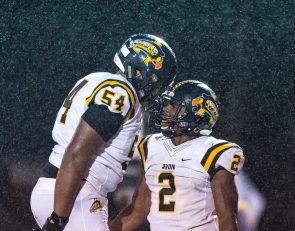 Sophomore Blake Fisher might be Avon's top football recruit ever 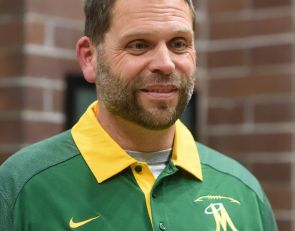 Howren takes over as coach at Bishop Manogue

https://usatodayhss.com/2016/avon-park-takes-top-spot-in-district-over-bishop-verot
Avon Park takes top spot in district over Bishop Verot
I found this story on USA TODAY High School Sports and wanted to share it with you: %link% For more high school stories, stats and videos, visit http://usatodayhss.com.