Avon teammates pile onto Hannah Eiler after the Orioles won the Class 4A softball state finals 4-3 thanks to a seventh-inning comeback against Penn on Saturday, June 11, 2016, at Ben Davis High School.

Hannah Eiler knew what her job was.

“Just make contact, that’s it,” the Avon senior recalled thinking to herself as she stepped into the batter’s box with the Class 4A softball state championship on the line Saturday night at Ben Davis.

Eiler did just that. Her dribbler past Penn pitcher Danielle Watson scored Haylie Foster,   the winning run in a 4-3 thriller that gave Avon  the program’s first state title. Avon lost to Carmel 1-0 in the 2011 state finals.

It was a wild finish for the Orioles, who entered the final inning trailing 3-2 and had been held scoreless for four straight innings.

Sydnie Foster, one of three Foster sisters starting for fifth-ranked Avon (26-5), led off the inning with a single. Haylie Foster followed with another hit, and both runners advanced on a wild pitch. Senior third baseman Makenzie Nyland — who had struck out in her only other at-bat and committed a pair of errors — came through with an RBI bunt to score Sydnie Foster. That set up Eiler’s heroics. After fouling off a pair of pitches, she sent a roller past Watson on the mound to score Haylie Foster.

“Oh my gosh, it was the best moment of my life,” said Haylie Foster, who went the distance on the mound, allowing five hits and two earned runs with seven strikeouts. “I usually get pinch run for, but my coach was like, ‘You have to score this last run.’ I was like, ‘I have to do anything I can to win this game for my team.’ ”

Senior shortstop Monica Carter led Avon, going 2-for-4 at the plate with an RBI. She also saved a potential run from scoring in the third with a diving catch and throw to first for a double play.

Penn’s Watson, who entered the game with a streak of 33 consecutive scoreless innings and an 0.35 ERA, showed her dominance at times by regularly pitching out of jams. She finished with eight strikeouts in 6⅓ innings but had seven walks and a pair of wild pitches.

Still, it was second-ranked Penn’s game to lose. After Avon took a 2-0 lead in the second, Penn (26-4) broke through with three runs in the top of the third, including a two-out base hit by Mental Attitude Award winner Alyssa Griman to score a pair. Watson settled in and the Kingsmen looked in control.

“It was a great game,” said Penn coach Beth Zachary. “It went back and forth all night. Avon was able to string together what they needed to when they had the opportunity and they got it done.”

Avon coach Jennifer Chasteen said her coaches had no message for the team heading into the final inning. Her players understood the stakes, she said.

“We knew that we were a state championship team,” Chasteen said. “We went out in the first game of sectionals last year. I think they’ve been hungry for that every day since. Not scoring a run in that game, it’s motivated them throughout the season.” 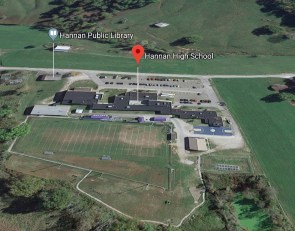 Hannah Eiler knew what her job was.