When Cedar senior linebacker Jade Bulloch was in the second grade, he had a problem. He couldn’t stop stiff-arming other kids in flag football.

Cedar’s Jade Bulloch celebrates during a game against Canyon View earlier this year. Bulloch is chasing a personal goal while leading the Redmen defense this season.

His mother, Micah, said the parents on the other team doubted that Jade was the proper age, so much so that they asked for the flag football commissioner to come out and watch.

“They came out and just said, ‘Well, he’s got to put that arm down; he cannot stiff-arm in flag football,’ and it was hard for him. That arm still came up and would stiff-arm people,” Micah said.

Jade might not be stiff-arming other football players anymore. That doesn’t mean he’s any less dominant.

“I don’t know if he knows the (offensive) play or not, but he seems to be around the football a lot,” Cedar coach Josh Bennett said.

Cedar linebacker Jade Bulloch is chasing a personal goal while leading the Redmen defense this season. Bulloch looks to break the state single-season record in solo tackles at 157. Jade had 116 tackles last year and already has 45 tackles through four games this season.

And it’s the same instincts that are putting Jade on pace for another stellar campaign for a Cedar team that has high hopes as well.

Bulloch is the defensive leader on a team where most of the attention naturally gravitates to exciting dual-threat quarterback Mason Fakahua. But Jade doesn’t mind being somewhat behind the scenes. In fact, he relishes it.

“It’s kind of awesome. I show up and no one’s preparing for me and I can just do my job, and yeah, Mason’s a stud and I think he deserves everything he gets ’cause he really works hard. It’s a great situation going on, and we have a lot of players around us,” he said.

This year, Jade’s numbers are a bit less gaudy for the simple reason that other Cedar players such as Bailey Gray, Grant Richey and defensive end Quaid Murray are sharing the burden. And even then, Bulloch has 45 solo tackles and nine tackles for loss through four games.

What makes Jade different from an everyday football player, Bennett and Murray say, is the mutual respect he has for his teammates, and the respect they have for him as a leader.

That respect is so much so, that if someone’s not playing how they should, Bulloch will challenge that person even if he’s in another position group.

“It’s a rare quality. Usually if you get a teammate that says ‘Do your job,’ they get upset about it,” Bennett said.

“(Jade is) the man on defense, he’s our defensive captain. He can go to anyone and just tell them what’s up and they’ll listen because he has the respect,” Murray said.

Jade’s desire to improve as a player holds no bounds when it comes to being called out by his teammates, as well.

“If I’m getting beat I want someone to say, ‘Hey if you do this we’ll stop them.’ Ok, that’s awesome, and I don’t mind,” Jade said.

A student of the game, and chasing 156

A look at Jade’s film shows one thing that Bennett talked about: Bulloch is always around the ball.

Micah says Jade will spend hours watching film of himself, his team, his opponents and even old NFL and college football games, and inspirational football movies such as “Remember the Titans.”

Cedar linebacker Jade Bulloch is chasing a personal goal while leading the Redmen defense this season. Bulloch looks to break the state single-season record in solo tackles at 157. Jade had 116 tackles last year and already has 45 tackles through four games this season.

It started when Jade was younger. He and his father, Brett, would watch Dallas Cowboys games together. Jade couldn’t get enough of football, and still can’t.

That helps him spot very minute tendencies of opposing players in a game, including if an offensive guard is leaning a certain direction or twitches his head a certain way, indicating what he’s going to do on the play.

Through the hours of poring over film, Jade has become a more all-around linebacker instead of a pure run-stopper. He’s extremely critical of how he plays, too. Both Brett and Micah Bulloch say Jade knows how good he is and just wants to improve.

“I can always tell when he’s frustrated with himself because he throws his head back and does this weird little walk after he tackles. That means, ‘I’m mad with myself,'” Micah said.

Jade is a force at middle linebacker for Cedar and like the popular green gemstone of the same name, has a certain flair about him. It can be seen when he celebrates making a big play on defense, both of which he does often.

Murray says Jade’s toned the emotion down a little bit since freshman year, but that it’s a good thing.

“He’s matured a lot in that way, but that fire’s still in there, he’s just more mature about it. It comes out when it needs to come out, unlike freshman year when it always was out,” Murray said.

It would take a mature person to handle the goals Jade has set for himself. He’s chasing the Utah state single-season record for solo tackles, held by Highland’s Joe Katoa who set the mark with 156 in 1997.

“My personal goal is a team goal as well because if I am able to get this 156 tackles, that means I’m doing awesome on defense and that leads to winning games,” Jade said.

Jade says he would be at ease not getting the record, if it meant Cedar had a shot at a state championship, which some have speculated the Redmen could be a darkhorse candidate for. If neither of those happen, he’ll have still left his mark at Cedar on the field (probably a dent shaped like a running back).

Find all of The Spectrum & Daily News’ prep sports coverage on social media using the hashtag #Region9Preps. Follow Patrick Carr on Twitter @patrickcarr_ and on Facebook at Facebook.com/patrickjosephcarr1/ or call him at (435) 231-3834.

Prep football preview: Cedar wants to make believers out of everyone 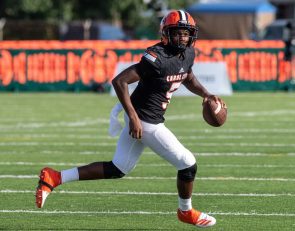 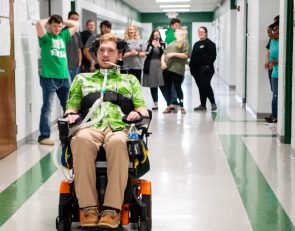 https://usatodayhss.com/2016/cedars-jade-bulloch-balances-respect-from-teammates-and-personal-goals
Cedar's Jade Bulloch balances respect from teammates and personal goals
I found this story on USA TODAY High School Sports and wanted to share it with you: %link% For more high school stories, stats and videos, visit http://usatodayhss.com.