USA TODAY High School Sports is publishing a series called “The Class of 17”, highlighting 17 members of the Class of 2017 whom we will be watching in the coming year. The athletes were selected by the USA TODAY HSS staff.

Below are 12 additional athletes who just missed the initial list of 17 but are no less deserving. Players are listed in alphabetical order.

MORE: See The Class of 17 series

Aldave is a skilled, tough and dynamic player who helped the Eagles again dominate this season.

An ALL-USA first-team choice, she contributed 43 goals, 34 assists but also provided a strong presence on defense for McDonough, which was named the No. 1 team in the final Super 25 rankings and has won 155 consecutive games.

Aldave, a midfielder who is committed to Notre Dame, put up five points in the IAAM “A” Conference title game.

It’s hard to beat perfect. Beaubien threw back-to-back perfect games in the state semifinals and state final to lead St. Mary Catholic to its second consecutive state Division 3 title. She struck out 13 of the 15 batters she faced in semifinal in a game shortened to five innings by the mercy rule and then fanned 15 in the state final.

A Michigan commit and American Family Insurance ALL-USA first-team pick as a junior, Beaubien averaged better than two strikeouts per inning with a whopping 394 in 187 innings. With only 16 walks allowed, she had a ridiculous 24.6:1 strikeout-to-walk ratio. She allowed just 10 earned runs for an ERA of 0.17 on the way to a 25-1 record.

A three-time all-state selection and a member of the ALL-USA Softball Team, she hit 18 home runs this season and needs just three to take the top spot on North Carolina’s career list.

A Mississippi State commit, she drove in 49 runs and scored 57. She walked 44 times, most of the intentional variety.

After winning the Super 32 in North Carolina to start his junior year at 132 pounds, Diakomihalis moved up to 138 and didn’t miss a beat.

He has won a 199 consecutive matches sanctioned by the New York State Public High School Athletic Association, a state record. He won all 53 of his matches as a junior to put his high school record at 232-3.

“I have to keep improving things, even if normal people can’t see those, sharpen old moves that I know,’’ Diakomihalis says. “I try to be dominant, control my matches, in every position.

“I need to look at every situation where I lose control and think about why that happened, so next time I get in that situation I can be more dominant.’’

He also won the 138.9-pound weight class during the United World Wrestling Cadet Freestyle Nationals in June with the world cadet championships set for next month in Tbilisi, Georgia.

The 6-2 Geist hurled the shot put 74 feet, 3.5 inches at the Class AAA state meet this past season to shatter the Pennsylvania state record. Geist also won the discus with a throw of 183 feet.

His season-best effort of 74-4.5 in the shot put ranked as the nation’s No. 1 performance among prep competitors in 2016 at the time of his selection. It also placed him sixth in U.S. high school history.

Selected to the ALL-USA First Team and named Gatorade state track and field athlete of the year, Geist won silver in the shot put at the New Balance Nationals Outdoor (73-2.75).

Lilley tallied 746 assists, 213 digs, 200 kills and 61 blocks to lead Blue Valley West to the Kansas Class 6A state title despite playing out of position for much of the season.

Along the way, she was named to the 6A all-state first team and 6A state all-tournament National Junior of the Year.

The 5-11 Lilley, who is a Kentucky commit, earned a spot on the 2016 USA Volleyball Junior National Training Team as a setter.

The 5-7 midfielder is the ultimate playmaker on a River Bluff team that won the South Carolina Class 4A state title in the school’s third year of existence. He had 25 assists on the season.

Malpartida, heading to the College of Charleston, scored one goal on the season, the lone tally in a 1-0 win against previously unbeaten Wando (Mount Pleasant, S.C.) in the state quarterfinals.

The ALL-USA Boys Ice Hockey Player of the Year as a junior, Mittelstadt had 22 goals and 37 assists in 25 regular-season games but really made an impression in the postseason. A center, he notched 21 points in six postseason games, an amazing average of 3.5 points per contest. Mittelstadt registered a point in all 31 games he played.

As one of the youngest players on the U.S. Under-18 National Team last summer, Mittelstadt tied for the tournament lead in points (three goals, four assists) at the Ivan Hlinka Memorial in the Czech Republic. He then led the Upper Midwest Elite League in scoring in the fall with 15 goals and 32 assists in 32 games.

Mittlestadt will play for the Green Bay Gamblers in the USHL before the high school season, then return to Eden Prairie, and rejoin the Gamblers after Eden Prairie’s season ends.

She also won the USATF National Junior 3,000 title by a second, ahead of Katie Rainsberger, as the pair moved into second and third on the all-time high school list — behind the 41-year-old national record of 9:08.6.

Murphy has twice been selected to the ALL-USA Girls Track first team.

Shore repeated as the the Tennessee Class A/AA state champion, after rallying to force a playoff.

When he wasn’t winning, Shore was always around the top of the leaderboard throughout the season. He secured top-five finishes at The Junior Players Championship and The Junior Invitational at Sage Valley while adding Top 20s at the Thunderbird International and the Polo Junior Golf Classic.

He also qualified for the U.S. Junior Amateur for the third consecutive year.

Trippi exploded for a 56-goal, 48-assist season to help lead Bullis to a 21-2 record and to claim its first IAC conference championship. Bullis became the first team in a decade to go unbeaten in the IAC regular season and postseason, and Trippi was a big reason why.

The North Carolina-bound lefty has high-end athleticism and plays calm under pressure, able to use his vision and quickness to make plays through double teams and slides.

Trippi was one of two juniors named to the ALL-USA first team last spring.

The 6-foot point guard averaged 19.1 points, 4.8 rebounds, 4.1 steals and 3.9 assists per game to lead South Salem to a 29-1 record and its second consecutive OSAA Class 6A state championship.

She played for Team USA in the FIBA Americas U18 Championship in Chile in July. 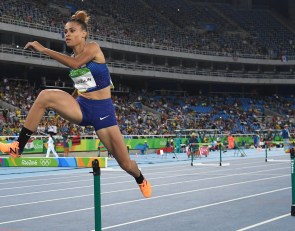 https://usatodayhss.com/2016/class-of-17-dozen-more-athletes-you-dont-want-to-miss
Class of 17: Dozen more athletes you don't want to miss
I found this story on USA TODAY High School Sports and wanted to share it with you: %link% For more high school stories, stats and videos, visit http://usatodayhss.com.