Mohamed Bamba may check in at No. 3 overall in the ESPN 100 basketball recruiting rankings, but if they chartered rankings for a player’s inner motor on the court, Bamba would claim the top spot in a landslide.

From volleyball spiking shots across the court on the defensive end to outworking opposing big men for ferocious slams on the offensive end to running the floor like a veteran Olympian, Bamba brings an unmatched energy every time he steps onto the court.

“I think the thing that sets me apart from other athletes is that I come from a place where nothing is given,” Bamba said. “In Harlem you’ve gotta work for everything. It just taught me to want it more than the next guy. That’s how I approach the game.”

Last season the 6-foot-11 star wanted it more to the tune of 14 points, 11 rebounds and six blocks a game for Westtown School (Harlem, N.Y.).

In February, Bamba led the Moose past Germantown Academy (Fort Washington, Penn.) 73-65 to claim Westtown’s first state in any sport since the school’s inception in 1799.

He was even more dominant this summer running with the PSA Cardinals (N.Y.), leading the Nike EYBL in rebounds (14 per game).

He pumped in 17 points and 13 rebounds a game at the Nike Peach Jam, where he led the Cardinals to the title game.

To hear Bamba tell it, his emergence wasn’t something you could see coming from day one; hard to believe for a player being hotly pursued by the likes of Kansas, Kentucky, Duke, North Carolina, Indiana, Texas, Louisville and Villanova, among many others. 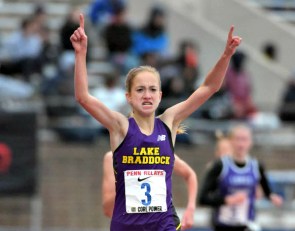 https://usatodayhss.com/2016/class-of-17-no-8-westtown-school-n-y-forward-mohamed-bamba
Class of 17: No. 8 Westtown School (Pa.) forward Mohamed Bamba
I found this story on USA TODAY High School Sports and wanted to share it with you: %link% For more high school stories, stats and videos, visit http://usatodayhss.com.