Courtesy of Clemson. .coming home with me! pic.twitter.com/ohiShnkfxl

If the way to a man’s heart is through his and his mother’s stomach, Clemson may be well on its way to winning over top overall high school prospect Rashan Gary.

Gary, the Paramus Catholic defensive tackle, took his final official visit to Death Valley over the weekend and was feted by the Clemson staff at every step. That included his departure, when the Tigers sent he and his mother home with a giant cake shaped and decorated like Gary’s would-be No. 3 jersey in Clemson orange.

RELATED: Who is in inner circle for Rashan Gary’s decision?

Gary’s mother, Jennifer Coney, tweeted out a photo of the cake as she left Clemson when dropping him off on Friday night. We have no idea how long the cake lasted with Rashan on the case, but it was awful pretty as long as it did.

According to the Vox Pop model of crowd sourced predictions that is the 247 Sports crystal ball, Gary is still heavily favored to land at Michigan. Then again, that presumes that Gary received some sort of cake when he was in Ann Arbor. Or maybe he got some insomnia cookies, as other recent Michigan visitors like Quinn Nordin did? Maybe Gary is partial to cookies before cake?

The possibilities are dizzying. If nothing else, perhaps they’ll spur a first-ever post-commitment pastry question during Gary’s announcement on ESPN Wednesday. 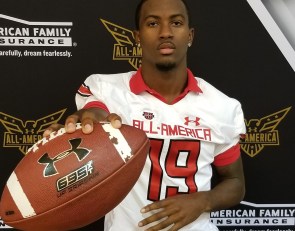 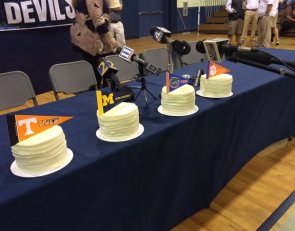 National Signing Day oddities: Could 2017 have a hot tub signing or five cakes? We'll have to see 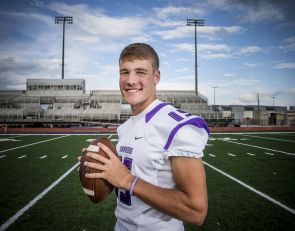 With top QB recruits Johnson and Lawrence, Clemson may be host to huge passer battles for years