College teams pursuing Hayes sisters — all four of them

College teams pursuing Hayes sisters — all four of them

MURFREESBORO — Riverdale senior basketball standout Anastasia Hayes expects to make a decision around late October as to where she will play in college.Colle

That decision could likely affect more than just the Lady Warrior point guard.

Hayes is the oldest of four sisters, who are all talented basketball players. So talented that three Division I programs have already offered all four scholarships.

“It’s crazy how you get a chance to play with two sisters in high school, and to think it could happen in college too is a real blessing,” said Anastasia, who is being recruited by most of the top Division I programs in the nation.

According to Anastasia, three of those schools — Tennessee, Kentucky and Texas A&M — have also offered her three younger siblings as well.

Anastasia’s three siblings are Aislynn (sophomore) and Alasia (freshman), who are teammates at Riverdale, and Acasia, a seventh-grader at Christiana Middle.

“It feels amazing…I just feel so blessed, and honored, actually from these colleges that they have interest in my daughters,” said the siblings’ mother, Sherry Hayes, who was a standout basketball player at La Vergne in the mid-1990s.

It’s odd enough to have four sisters all talented in a sport. For all four of them to be offered scholarships by the same school is even more rare.

“No. 1, to find a single player — whether they have sisters or not — as talented as Anastasia Hayes is a game-changer,” said Dan Olson, who runs Collegiate Girls Basketball Report and is director of ESPNW Hoopgurlz. “Then you realize she has a sister, and another sister, and then another sister — and all of them can play. It’s not a common thing by any means.

“I’d venture to say this situation is an abnormality. The only other family in recent memory that comes close to this, or surpasses it, is the Ogwumike family from Houston.”

Nneka Ogwumike and Chiney Ogwumike both played for Stanford and in the WNBA while younger sisters Olivia and Erica started at Pepperdine and are currently at Rice.

The Hayes sisters — all guards — said they would all like to play at the same college. If that were to happen, Anastasia would get to play with Aislynn and Alasia while the three youngest would also have a chance to play together.

It also means that Anastasia’s commitment in a couple of months could have a much bigger impact.

“When I choose, it’s up to me, but it will be a family decision,” said Anastasia, who averaged 20.6 points, 5.6 rebounds and 4.7 assists a game last season and was a TSSAA Miss Basketball finalist. “It has to be the right decision. I’d prefer to play with my sisters. I really hope we all go to the same school. It would be exciting.”

According to Olson’s HoopGurlz and ESPNW Recruiting Rankings, Anastasia Hayes is the 17th-ranked player in the nation in the 2017 class (No. 1 in Tennessee).

Aislynn Hayes made an impact as a freshman on Riverdale’s Class AAA state championship squad last year. Alasia is anxious to join her two older sisters on the Lady Warriors this season — and hopefully beyond.

“I started getting offers last year,” Aislynn said. “(Playing in the state) gave me a lot of valuable experience.”

Added Alasia: “It’s really exciting, actually. I’m hoping I can go out and show what I have in me. We’ve been talking about college and how close it’s getting.”

Whichever college they choose, Riverdale coach Randy Coffman is just happy the Hayes sisters are coming through his program.

“It’s almost absurd, the talent level in the family,” he said. “They all have different skill sets. Each has different strengths and weaknesses. It’s unusual. I can’t imagine, as a parent, having four girls with that kind of talent.”

Anastasia has been recruited since she was in eighth grade, so she is helping her siblings with the process. As far as Acasia goes, college is still far away.

“She’s really good,” Anastasia said of the youngest sister. “She’s really smart on the court and a good point guard. She may end up the best out of all of us.

“She needs to take it slow and worry about getting better and better. She doesn’t need to worry about college right now. That will come.” 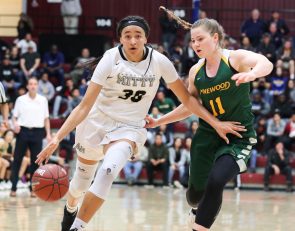 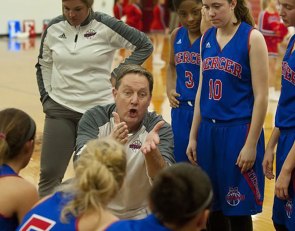 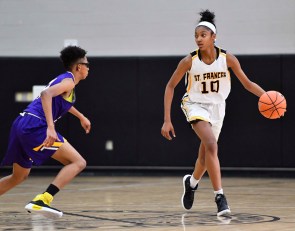 https://usatodayhss.com/2016/college-teams-pursuing-hayes-sisters-all-four-of-them
College teams pursuing Hayes sisters — all four of them
I found this story on USA TODAY High School Sports and wanted to share it with you: %link% For more high school stories, stats and videos, visit http://usatodayhss.com.