ORLANDO — DeAngelo Gibbs is hands down the best trash talker at the Under Armour All-America Game.

If you don’t believe a very unscientific poll of the game’s players, just ask Gibbs, a defensive back from Grayson (Loganville, Ga.), who is expected to announce his college choice during Sunday’s game.

DIARY: DeAngelo Gibbs on his Under Armour experience

“If I feel like talking trash, I don’t think there’s anybody in my league,” Gibbs said. “Justin Broiles (a cornerback from John Marshall in Oklahoma City) talks a bit and Marvin Wilson (a defensive tackle from Episcopal in Bellaire, Texas) talks a bit. If I don’t feel like talking, then I’ll just do what I do.”

“I would say the best trash talker is DeAngelo,” said Maleik Gray, a defensive back from LaVergne, Tenn. “Out here, it’s really just fun. We all talk smack with each other.”

POLL: Who will be MVP of Team Highlight?

Even players such as Paris Ford, who claims to be king of smack talk, give Gibbs credit.

“I would say I’m the best trash talker, but DeAngelo Gibbs, I like his swag too,” said Ford, a defensive back from Steel Valley (Munhall, Pa.) who has committed to Pitt. “It’s not serious stuff. It’s just trash talk to get in each other’s head. Here, it’s all meant in fun and love.”

Jamyest Williams, a cornerback from Grayson (Loganville, Ga.) who has committed to South Carolina, said it’s natural for he and Gibbs to jaw a little bit.

“We’ve all been going at it,” Williams said. “I think I’m up there in that group. Me and DeAngelo are on the same team (both in high school and at Under Armour) and we go at it.”

POLL: Who will be MVP for Team Armour?

Another trash talker who got mentioned a lot is Wilson, who is 6-4 and 329 pounds.

For the most part, players at the Under Armour game said that trash talking is below what it might be at a normal high school game. There are a few players who say they don’t hear anything, or maybe they just choose not to.

“There hasn’t been a lot of trash talk out here,” said Grayson offensive lineman Will Taylor, who has committed to Duke. My favorite guy, with their energy is C.J. Thorpe (an offensive lineman from Pittsburgh Central Catholic who has committed to Pitt). I know Breon Dixon from my high school team has always been a trash talker. Those are my two guys as far as their energy out there.” 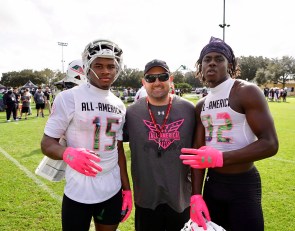 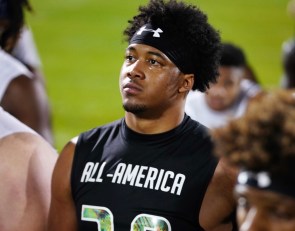 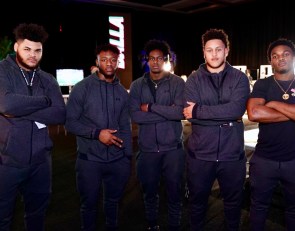 https://usatodayhss.com/2016/deangleo-gibbs-leads-players-poll-for-best-trash-talker-at-under-armour-all-america-game
DeAngleo Gibbs leads players' poll for best trash talker at Under Armour All-America Game
I found this story on USA TODAY High School Sports and wanted to share it with you: %link% For more high school stories, stats and videos, visit http://usatodayhss.com.