DeWitt pitcher Michael Stygles sits on the bench as his teammates pack up after their 4-3 Division 2 state semifinal loss to Holland Christian Thursday June 16, 2016 McLane Stadium on the MSU campus in East Lansing. Stygles gave up the game winning run with 2 outs in the top of the 7th inning and failed to reach base on his at-bat in the bottom of the 7th.

EAST LANSING – They spent all season chasing excellence and a state championship.

But the Panthers’ quest for their first state championship in 23 years fell just a couple wins short.

DeWitt’s tournament run was halted Thursday morning with a 4-3 loss to No. 3-ranked Holland Christian in a Division 2 state semifinal at Michigan State University’s McLane Stadium.

That was the difference as DeWitt, which was in the state semifinal for a second time in three years, closes its season with a 30-10-1 record.

“Reaching goals is something we strive for and it’s fun to do that,” DeWitt coach Alan Shankel said. “It’s great to see the kids accomplish what they set out to do, especially when you set your goals this high. To get here was great. We wanted a couple more (wins).”

Donovan Tarn and Noah Koenigsknecht each drove in runs for the Panthers, who never trailed until the seventh. Tarn’s go-ahead double in the fifth broke what was a 2-2 tie and chased Holland Christian starter David Williams from the contest.

But Holland Christian ace Mike Mokma, who is signed with Michigan State, took over on the mound and denied DeWitt any scoring chances the rest of the game. Mokma retired all nine hitters he faced to earn the pitching victory and give Holland Christian an opportunity to play for its first state title.

Mokma struck out five, including the first three hitters he faced, during his three scoreless innings.

“When you bring in a pitcher of that caliber, it’s going to change things,” Tarn said. “Going around and only seeing him once in the lineup – that’s tough too. When you bring in a fresh arm, they’ve always got a good chance to shut things down. That’s what he did, so props to him.”

Holland Christian made Mokma a winner by pushing across a run in each the sixth and seventh innings. Brady Brower’s single plated Sterenberg for the tying run in the sixth.

Chase Dreyer started the seventh inning rally for Holland Christian by reaching base on catcher’s interference with one out. Cam Schut came in to pinch run and moved to third on Brandon Riemersma’s single to right field before scoring on Sterenberg’s sacrifice fly.

“That’s the first time it has happened all year,” Shankel said of the catcher’s interference call. “It’s one of those fluke things. Kade (Preston) has done a great job for us behind the plate. We thought we had a ground out there. It’s unfortunate that it goes that way.”

DeWitt loses three seniors from its semifinal team, and Shankel believes the experience will benefit  the numerous returners he will have next spring

“I think just like two years ago when we were here, (this experience) gives those guys something to shoot for and to know that it’s more than a dream,” Shankel said. “It’s something that can happen and has been done before. Those young guys will take their lead from our seniors – Donovan Tarn and Trevor Kapp. They’ll learn from it and we’ll try to be better next time.” 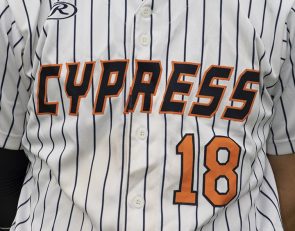 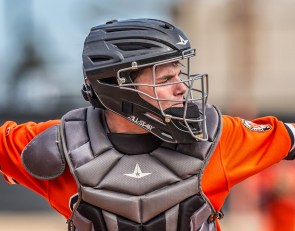 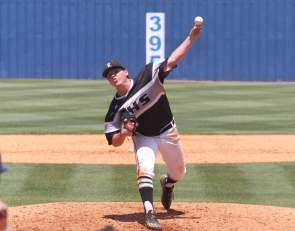 ALL-USA Watch: Sons of former MLB stars who stand out

Seventh-inning run vaults No. 3 Holland Christian past the Panthers.