Aspen Welch’s hand was shaking as she put pen to paper on a National Letter of Intent to BYU on Thursday. When she finished signing her name, a slight sense of relief crossed her face.

Welch, from Dixie High, signed a National Letter of Intent to compete in gymnastics for BYU starting next year while several fellow gymnasts, friends, coaches and her parents watched.

Welch looked at BYU and Southern Utah University and said the choice to sign with the Cougars was an easy one.

“Everyone has the same standards and I really like the education they offer, and they’re big on sports. I like that,” Welch said.

“The girls on the team were more outgoing when I visited BYU,” she added.

Dixie assistant principal and athletic director Mike Bair began the ceremony by saying neither he nor DHS principal Sharla Campbell could remember a DHS student athlete signing to compete in college gymnastics.

Since gymnastics at the high school level isn’t affiliated directly with the school, Welch trains at Champion Gymnastics under coach Jeremy Graff, who’s coached her for around the past six years.

He said Welch is someone who many of the younger gymnasts look up to, and one of the first girls out of his program to sign to compete in college gymnastics.

“She’s dedicated, she works harder than anybody else in the gym, she never misses a day, when it’s a holiday you have to tell her to take a holiday,” Graff said.

Graff said Welch spends about 25 hours in the gym every week. There are sacrifices, such as not being able to hang out with friends often, but Welch has been dedicated to the sport.

“It’s kind of hard to miss practice and stay up with everyone else,” Welch said.

The early signing period ends Nov. 16 and DSU is expected to announce several more, including Hurricane baseball infielder Alec Flemetakis, who verbally committed to the Trailblazers on Tuesday and is signing an NLI on Friday.

Connect with reporter Patrick Carr on Twitter @PatrickCarr_ and on Facebook at Facebook.com/PatrickJosephCarr1/ or call him at (435) 231-3834. 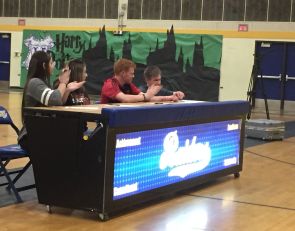 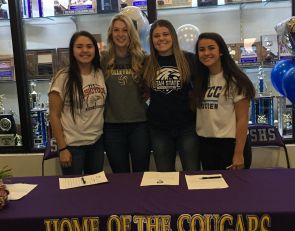 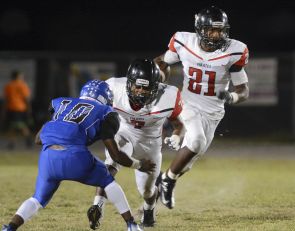