Detroit Cass Tech’s Donovan Peoples-Jones is honored as a 2017 U.S. Army All-America during halftime against Detroit King on Saturday, October 1, 2016, in Detroit.

When does an ordinary play produce out-of-the-ordinary results? When the players running it are extra-ordinary.

That was the case as the first quarter wound down Saturday afternoon, when Detroit Cass Tech and Detroit King were locked in a scoreless battle on a muddy field. Cass Tech quarterback Rodney Hall found receiver Donovan Peoples-Jones on a typical slant pattern, and 83 yards later, the Technicians were no longer pinned deep in their own end — they were threatening to score.

Although Cass finished the drive with three points instead of seven, it was as if that play flipped the “on” switch for the state’s top-ranked team, which went on to win its homecoming contest, 31-18.

“Coaches called the right play at the right time,” said Peoples-Jones, the Free Press’ top-ranked senior in the state. “I ran the slant, caught the ball and ran upfield for like 80 yards.”

“He just caught it, and the people in the stands started screaming and shouting,” said Hall, a Northern Illinois commit. “That gets us pumped up too because we’re going to play for them and play well.”

Understand that Cass Tech has a three- or four-touchdown lead by that point in the game against most Detroit Public School League opponents. But King — last year’s Division 2 state champion and the Technicians’ arch-rival — isn’t most PSL opponents.

“We don’t usually play a lot of hard teams throughout the season, and to play King at home, it’s just a great honor just to host them,” Hall said. “Everybody’s going to bring out the best in each other because you have competition that’s a big rivalry, so everybody’s going to work hard.”

While Hall and Peoples-Jones (3 catches, 177 yards) flipped the switch, fellow senior Donovan Johnson lit up the house with two long-range touchdowns. The first, a sweep up the right sideline, came when Cass got the ball back after a King punt with under three minutes to play in the first half. Johnson turned the corner and outsprinted everyone 69 yards to the end zone.

“As soon as I got the ball in my hands, I knew I wanted a touchdown and that’s what I got,” he said. “(Running through) the mud didn’t slow me down at all. Not at all. Not. At. All.”

“Well, it actually wasn’t designed as a scoring play, but that’s what happened,” he said. “(Hall) told me to go out for a pass, he threw it to me late, I saw my defender and had to break his tackle. You can’t get tackled by (just) one defender. Once I broke his tackle, I just had to take it to the end zone.”

King got on the board behind Jae’Veyon Morton’s 86-yard kickoff return with four minutes remaining in the third. The Crusaders got their other two touchdowns from Kevin Willis, on a 6-yard run on a direct snap and a 22-yard pass from Dequan Finn.

No. 1-ranked Detroit Cass Tech takes ‘The Walk’ each day to practice 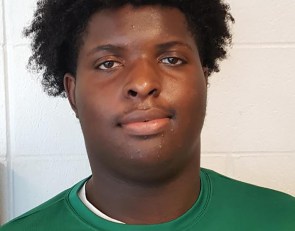 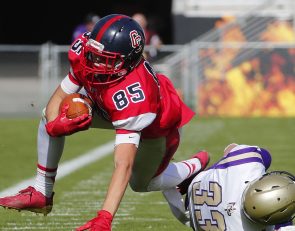