Mariner High School x-country runner Darickson Gonzalez reacts to making it to the FHSAA state championships after finishing 15th at FHSAA 3A District finals at Estero Community Park on Friday.

While it was more of the same from the Fort Myers girls cross country team on Friday at the Region 3A-3 Championships, another local program surprised with its return to the top after a two-year hiatus.

There was no debating the feeling the Estero boys program generated after the Wildcats claimed their first region title since 2013, and their first since the death of former coach Jeff Sommer in 2015, by overcoming strong contenders in Fort Myers and Naples.

Estero placed their first five runners in the top 20 and did so on their home course at Estero Community Park, punching their ticket to the Class 3A championships at Florida State University on Nov. 5.

“They felt confident, so they felt they could push a little faster,” second-year Estero boys coach Ben Pignatone said. “Today it ended up being in our favor. The cards fell in our direction.”

While Estero senior Arye Beck let an early lead slip late to Fort Myers senior Evan Babatz, who cruised to a winning time of 16:58, he still managed to grab third place in 17:20.

“A lot of people from different teams, even my own, said to me, ‘This is your last race, you really have to do it, push it, win it,’” Beck said. “And well, I didn’t. But I still got third.”

In the girls meet, Fort Myers, which picked up wins at LCAC and District 3A-11 in previous weeks, continued it run through postseason competition by securing its second straight region championship behind a top overall finish by senior Krissy Gear, who posted a time of 19:16.

Junior Fiona Kurland flourished in the back half of the race and was fourth in 20:08, sophomore Kailyn Kaminski was 11th in 21:03 and junior Shelby Guttery was 12th in 21:05.

“Today they didn’t look panicked,” Fort Myers coach Rob Strong said. “They got together in a group of four and started moving. They ran so smart.”

Estero’s girls also punched their tickets to the Class 3A race by finishing fourth, led by junior Alayna Goll, who finished 10th, and senior Megan Giovanniello, who came in 15th.

Despite the loss to Estero, the Fort Myers boys still qualified for the Class 3A championships by finishing second.

Babatz was impressive in his second straight race, overcoming a wide gap from Beck through the first mile before he began to close hard. By the finish line, the senior had a 20-second lead.

“I knew I had to make a gap on him or push past him,” said Babatz, who committed to South Florida on Tuesday. “If I would have settled, who knows what would have happened.”

Mariner senior Darickson Gonzalez was fighting for an outside shot at a state and secured the last ticket available, finishing in 15th in 17:59.

“It’s a dream come true,” said Gonzalez, who was 54th last year. “All last year I was dreaming about this.”

The girls race was even more compelling. It came down to the last 200 meters.

North Fort Myers senior Kayla Easterly led for almost the entire race. She said she heard Gear on her heels for the last mile and a half.

“It was so scary,” she said, “because you could hear her spikes from the concrete. I knew she was coming.”

Then the pair, who split wins at LCAC (Easterly) and District 3A-11 (Gear), met at the course’s difficult sand pit.

Gear, who won this same race a year ago, came out first and finished six seconds ahead of Easterly, who posted a time of 19:22.

“I dreaded that sand pit, so I slowed down on purpose thinking that if I maintained that sand pit I could surge at the finish,” Easterly said. “But I ended up not changing pace as much as I could of. I’m blaming the sand pit.”

“I was hoping to get top five,” Oliver said. “But maybe next year.” 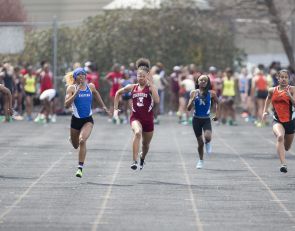 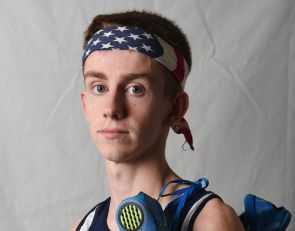 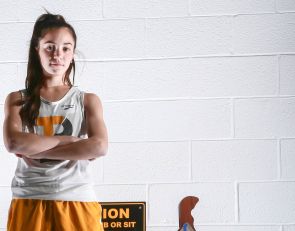