That is one reason why both seniors were named first-team all-state by the New York State Sportswriters Association in an announcement Tuesday that included all five classifications.

Batavia (20-3) won a Section V girls basketball championship for the first time in the team’s history. Filbert, a versatile 5-foot-9 guard/forward, was at the heart of the drive, as she scored 19.3 points a game while averaging 12.1 rebounds, 4.6 assists and 4.6 steals.

The Class A all-state first team consisted of five players, plus the player of the year.

“Not many people around here get noticed,” Filbert said. “Out of all of the good players out there, I was considered, so it’s pretty humbling.

“Last year, we had a pretty good team, too. We lost some seniors to graduation, but we had some young, talented players step in. Even with the loss of a starter, we all rallied together and were able to do our thing out there. I wasn’t sure we could do it, but at the end, it was something special to hold that trophy.”

Stewart, at 15.4 points a game, was the leading scorer on a Livonia Bulldogs team that won the Class B New York state championship, then reached the Federation Tournament of Champions final. The 5-9 guard also averaged 6.9 rebounds and 4 assists a game.

Molly Stewart, a three-sport standout for Livonia, scored a career-high 33 points in the Class B state title game last winter.

“For me, the older I get, the more I practice,” Hinds said. “The amount of practice I’ve done, I’ve been on the court more than I’m not on it.

Athlete of the Week: Annabelle Hinds 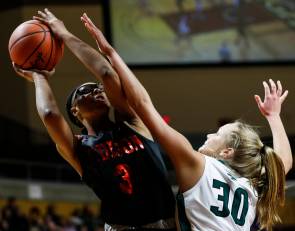 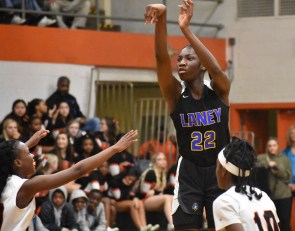 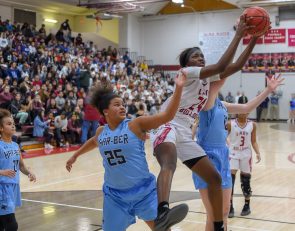 https://usatodayhss.com/2016/filbert-stewart-earn-allstate-in-girls-basketball
Filbert, Stewart earn all-state in girls basketball
I found this story on USA TODAY High School Sports and wanted to share it with you: %link% For more high school stories, stats and videos, visit http://usatodayhss.com.