Tryouts for a Rochester-region girls basketball team with top-two finishes at the last two Basketball Coaches Association of New York Summer Hoops Festival are coming to a close.

The final of three open try outs, to reduce the roster pool to 15 players, took place June 22. A closed tryout where players are called back to Roberts Wesleyan College is 6:30-8:30 p.m. June 29. A total of 12 players will be kept for the final roster, announced July 2.

The BCANY Summer Hoops Festival also includes a boys tournament for high school-aged players, and was created as a replacement for the event held for decades during the now-defunct Empire State Games. This year’s festivals are Aug. 5-7 at Johnson City High, just outside of Binghamton, Broome County.

Section V’s BCANY festival and Kendall coach Jeff Parizek said that 31 players, who play in leagues in the city of Rochester, its suburbs and out to the Southern Tier region of the state and Section V have tried out.

The Section V or Rochester-region girls basketball team won the festival tournament in 2014 and lost in the 2015 final. This is Parizek’s fourth season as the region’s BCANY girls basketball coach.

“There’s been no repeat champion,” Parizek said. “We would’ve been the first.”

Fairport forward Caroline White, a rising senior named to the 2015 Democrat and Chronicle All-Greater Rochester Team as a junior this past winter, is the only player expected back from the 2015 region team. White averaged 12 points and 10 rebounds while she played in her second BCANY Summer Hoops Festival last summer.

Fairport’s Caroline White gets this rebound over Brockport’s Sophia Avery (11). 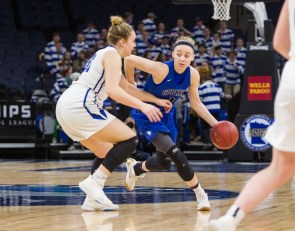 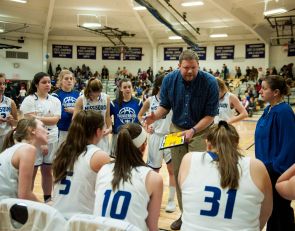 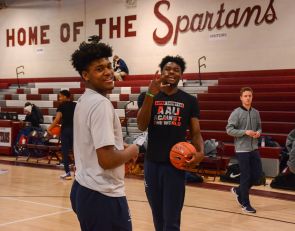 How 2 players from Rochester ended up on the nation's No. 1 high school basketball team