Somers celebrates a touchdown during its 42-6 victory over Yorktown in the Section 1 Class A championship at Mahopac High School on Nov. 5, 2016.

Keep an eye on: Somers is in search of its first state playoff win. Its last two losses (2012-13) both came against Cornwall, which has now won six straight Section 9 titles, including 12 since 2003. Somers should be oozing confidence after a dominant 42-6 victory over previously unbeaten Yorktown in the Section 1 final. Cornwall blanked Goshen 31-0, but the status of starting QB Kieran Kreider is uncertain. The junior sat out the Section 9 final after suffering an injury late in his team’s semifinal win the week before.

Up next: The winner will meet either Burnt Hills (Section 2) or Massena (Section 10) at 8 on Nov. 18 at Dietz Stadium in the Class A state semifinals.

Jack Minerva tosses the ball back to an official during Pleasantville’s 28-21 victory in the Class B championship game at Mahopac High School on Nov. 5, 2016.

Keep an eye on: Neither team has ever prevailed in a state playoff game. In fact, New Paltz has been outscored 104-22 in its three trips. All of them were Section 1 opponents — Harrison (2002), Rye (2007) and Croton-Harmon (2010). Pleasantville definitely has more firepower offensively than it had when it lost to Marlboro in the 2013 state quarterfinals, but it still hangs its hat on defense. The unit has five shutouts and has allowed just 69 points all season, including 56 of them in the two games against Westlake.

Up next: The winner will meet either Glens Falls (Section 2) or Peru (Section 7) at 3 on Nov. 19 at Dietz Stadium in the Class B state semifinals.

Keep an eye on: Dobbs Ferry used to feast on Section 9 opponents, winning in its first eight trips to the state playoffs. That streak finally ended last year when the Eagles lost to Liberty in this very round. Burke Catholic ran away from Millbrook in the Section 9 final 31-12 last week. Dobbs beat Millbrook 42-12 back in September, but Burke presents a stiffer challenge. It starts with senior running back Garnett Nicolas, who has 1,205 yards rushing and 18 touchdowns.

Up next: The winner will meet either Greenwich (Section 2) or Ogdensburg (Section 10) at 11 on Nov. 19 at Dietz Stadium in the Class C state semifinals.

Haldane’s Sam Giachinta tries to shed a tackler during his team’s 26-6 victory over Tuckahoe in the Class D championship game at Mahopac High School on Nov. 4, 2016.

Keep an eye on: After winning its first two games, Roscoe/Livingston Manor/Downsville — a combined team that draws players from three different high schools — has lost its last seven. It earned the Section 9 state-playoff berth automatically. One of the opponents during this seven-game losing streak was Haldane, which won 28-14 back on Oct. 15. Roscoe/Livingston Manor/Downsville entered this round 6-3 last year when it lost 35-21 to Tuckahoe, so Haldane has a legitimate chance to advance.

Up next: The winner will meet either Cambridge (Section 2) or Ticonderoga (Section 7) at 4 on Nov. 18 at Dietz Stadium in the Class D state semifinals.

CLASS D CHAMPIONSHIP: Haldane gets momentum, then revenge vs. Tuckahoe

Keep an eye on: These teams played a classic during the regular season, trading scores in the final minutes. Farrell pulled in front 20-13 on a field goal by Paul Inzerillo with 2:39 remaining, but Stepinac answered when Michael Nicosia hit Sean Jasper-Cousins on a 35-yard touchdown with 54 seconds remaining. Farrell struck back, connecting on a 60-yard pass to set up the winning 37-yard field goal with seven seconds remaining. That heartbreak resulted in the two-time defending champion Crusaders being sent on the road for the semifinals, but it also affords them an opportunity at revenge.

Up next: The winner will meet either No. 1 St. Anthony’s or No. 4 Cardinal Hayes for the AAA championship. The game will likely be played on Nov. 19 at a time and site to be determined.

Keep an eye on: Xavier put a scare into Iona Prep last month by controlling the clock and keeping the Gaels’ offense off the field. Xavier rushed the the ball 41 times for 248 yards and it following a similar game plan in last week’s 28-27 upset of favorite Christ the King. Expect Iona Prep to push the tempo with the hopes of creating more possessions in the rematch.

Up next: The winner will meet either No. 1 Holy Trinity or No. 5 St. John the Baptist for the AA championship. The game will likely be played on Nov. 19 at a time and site to be determined.

Keep an eye on: Kennedy lost to Moore Catholic in its season opener, but the Gaels are a different team. They have won four of six and have been the highest-scoring team in the A division under first-year coach Dominick Tassone, the former offensive coordinator at Holy Trinity. Quarterback David Keogh has led the Gaels with 1,581 passing yards and 14 touchdowns.

Up next: The winner will meet either No. 2 Xaverian or No. 3 Cardinal Spellman for the A championship. The game will likely be played on Nov. 19 at a time and site to be determined. 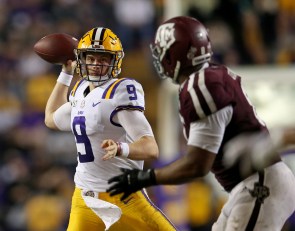