LONG BEACH, Calif. — By the time he was 16, Schea Cotton was playing pickup games with Magic Johnson, being wooed by shoe company executives, sports agents and female groupies, and reading about himself in national magazines.

By the time he was 20, Cotton says he held a .38 Smith & Wesson to his head and wanted to take his own life.

In some ways, Cotton’s story is like so many cautionary tales in basketball: overwhelming hype leading to a parade of outside influences hoping gain control and benefit financially from the player’s talents. But two things make it unique:

Cotton garnered as much hype as any teenage basketball player in the last 25 years other than LeBron James and Andrew Wiggins. And Cotton, who was featured in Sports Illustrated after his freshman year of high school in 1994, became a household name in basketball circles before the rise of the Internet, and long before social media overhyped some players’ abilities.

But Cotton’s journey is also different because — after failing to play one minute in the NBA and after watching peers he used to dominate make tens of millions of dollars in the pros — Cotton now says he has found something he has long yearned for: peace. He wants to share his story with teenagers, parents and coaches. He wants to help them navigate an ever-changing and tangled amateur basketball landscape better than he did two decades ago in Southern California.

Cotton, 37, says his documentary, “Manchild: The Schea Cotton Story,” soon to be available for basketball fans, captures how fragile and fleeting teenage stardom can be. In several lengthy interviews with USA TODAY Sports near his home, Cotton described the dizzying rise and fall of his career and how he ultimately came to grips with falling short of the NBA.

“I was a rock star,” Cotton says. “The pace of everything in high school was out of control. We were in the car pool lane speeding every day in that world. It was like a vortex – I was in so deep I couldn’t get out of it … Now I’m like a professor in my field. I can show these kids, these families, not only what to do but how to do it with integrity.”

Worthy of the hype

Schea Cotton, shown at a Nike camp in 1998, while in high school at St John Bosco (Photo: Chris Hall)

Though his talents peaked after his sophomore year of high school, those who were close to Cotton say the hype was warranted.

“If social media had been around when Schea was playing,” his older brother, James Cotton, says jokingly, “maybe he would have gone pro out of junior high.”

As longtime Los Angeles summer-league coach Pat Barrett, who coached Cotton starting when he was 12, says: “He was LeBron or Kobe before they came around. He was in that category, and not just in terms of hype. He was the real deal … He was one of the guys who never made it who should have made it.”

When it was good, Cotton acknowledges that it was an intoxicating lifestyle. He says hangers-on, agents, runners and college boosters offered benefits, everything from townhomes to money to women – all of which he says he refused. Shoe companies supplied him with a near endless supply of the newest sneakers and merchandise.

But it became unsettling. Cotton says he would sometimes go home to 15 or 20 individuals, everyone from shoe company power brokers to representatives of sports agencies, in his home and eating his mother’s food. He wondered aloud at the time whether they were around because they liked him or merely liked what he did. At times he wanted to tell them all to “get the hell out of the house.”

“Agents would come and say, ‘What kind of car do you want to drive? What kind of house you want to live in?” says his mother, Gaynell. “We didn’t take anything. If we had taken the money, you belong to someone else. His life would not be his own.”

His parents were generous and hospitable. They instilled ethics about working hard to achieve success. They wanted their sons to go to college. But they were overwhelmed at times by the business aspect of basketball that was engulfing their son so early in his high school career.

“Here was a kid alley-oop dunking in seventh grade,” Barrett says. “You didn’t see that two decades ago. By the time he got in high school, everyone, including the shoe companies, knew about him. Everyone was calling his dad, Big James, “Come here, come there, play here, do this, do that’.”

Cotton’s brother, James, who played a brief career in the NBA, says his favorite player was always his younger brother. When Cotton was in high school, he would practice at times with his older brother’s Seattle SuperSonics’ team in their heyday in the 1990s. That meant playing on the same court with Gary Payton, Eric Snow, Detlef Schrempf and Vin Baker.

James Cotton was often told that his younger brother was one of the top five players on the court.

“The things I saw him do at a young age, I never saw anyone else do,” James Cotton says. “And I played against Michael Jordan. I mean, a jab-step in seventh grade and coming down and dunking on someone 6-foot-11. He had the ‘wow factor’ … If I played 10 years in the NBA and my brother never made it, he would always have a bigger name than me. What he did was just phenomenal. The lifestyle he lived was like a rock star. He had it. He would put on a show. He was an entertainer at a young age.”

Schea Cotton remembers temptation lurking everywhere. He says he once returned to his car to find women’s underwear inside. At a high school game, his mother’s eye focused on an unfamiliar older woman in fishnet stockings sitting near the basket.

“Who is she here to see?” Gaynell asked.

“She’s here to try to see your son,” an assistant coach answered.

After one year at St. Thomas More, a prep school in Connecticut, Cotton signed with North Carolina State. But the NCAA again questioned his entrance exam score. Cotton then found himself back home playing at – of all places – Long Beach City College, far away from the spotlight.

By 20, with some of his peers already in the NBA, he felt like an abject failure. He grew tired of answering the same question: “What went wrong?” He would sleep 16 hours a day and not want to wake up.

“You hear that 100 times it gets old fast,” Cotton says. “I was ashamed of myself because I let myself down. I’d wake up like, ‘Damn, I’m not dead yet. I want you to take me in my sleep. Like, literally.’ When they  tell you that you are the biggest thing in LA other than Magic Johnson and you’re in high school, and then you’re at Long Beach City College …

“I was hell on wheels because I was never satisfied with my reality,” Cotton says. “You’re talking to someone who was looking at $100 million-plus. Nike was putting a campaign behind me to take over where Jordan took off. They were comparing me to Jordan and Barkley – a combination. How do you deal with that?”

Cotton says he dealt with it by exploring ways to kill himself. He would drive over the nearby Vincent Thomas bridge, approximating the height and whether the fall would guarantee to end his life. He decided on another option.

One night he drove his Ford Explorer to a fork in the road off Long Beach Boulevard. He stopped his car in the middle of the deserted road, keeping it running. He pulled his .38 from the glove compartment and held it to his head. With his other hand, he called his girlfriend on his cell phone.

“I was ready to pull the trigger,” he recalls. “This wasn’t a scare tactic … Dying was easy. Living was hard. That’s a dark place to be in.”

Frantic and crying, Cotton contemplated pulling the trigger until he heard his girlfriend say, “Where are you? Pick me up so we can do it together.”

With that, he says, he stopped.

“I caught myself and realized that I would hurt a lot of people close to me,” Cotton says. “I’m better than that. I’m stronger than that. I can endure this.”

Schea Cotton works with young basketball players and has a vision for a program to help them develop (Photo: Kelvin Kuo, USA TODAY Sports)

After playing a year at Alabama, Cotton went undrafted in the 2000 NBA draft. He soon threw out most of his memorabilia from his heyday — the jerseys, the trophies.

He spent 10 years playing around the world in France, China, Yugoslavia and Venezuela, among other countries. He says he battled depression.

Only in recent years, after having a daughter and speaking at numerous events to young players across the country, has Cotton felt a clear purpose in life beyond pursuing an elusive NBA dream.

“He has seen it all and he can help a lot of people,” says Lenny Cooke, a highly touted high school player 15 years ago whose career also derailed. “We’ve really gotten along because he’s been there, he was called LeBron before LeBron. He knows what he’s talking about.”

Talk to Cotton and it won’t take long before he starts detailing his plans to mold pre-adolescent basketball players into model players and citizens in his AAU program. He believes he can have a greater impact sharing his story than he could have had with an NBA career.

“He has a calmness about him, an acceptance,” says his mother, Gaynell. “Things happen for a reason. It all happened the way it was supposed to happen. For him to share his story, I think this originally was his calling. He can help someone.”

Sitting at a popular outdoor restaurant in Long Beach,Cotton, once a high school “rock star” with a basketball in his hands, smiles, leans back and says, “The fight is over, the fight is over. I’m at peace.” 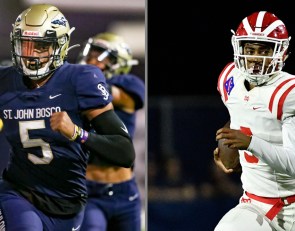 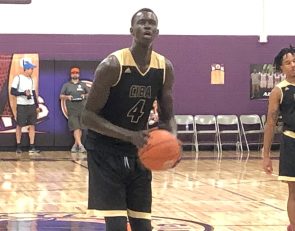 https://usatodayhss.com/2016/former-basketball-phenom-schea-cotton-finds-peace-and-wants-to-tell-his-story
Former basketball phenom Schea Cotton finds peace and wants to tell his story
I found this story on USA TODAY High School Sports and wanted to share it with you: %link% For more high school stories, stats and videos, visit http://usatodayhss.com.