Seniors Widchard Guervil and Eddie Ferguson each recovered a fumble deep in Tigers territory that was immediately followed by a Green Wave rushing touchdown as Fort Myers topped Clewiston 22-7.

The teams combined for 140 penalty yards and six turnovers.

“I played in this game in the 70s and early 80s and it always seemed like the Fort Myers/Clewiston game was always low scoring and defensive,” Green Wave coach Sam Sirianni Jr. said. “All the power to our defense. I loved the way after we blew the lead that the defense decided to take the game over.”

Fort Myers (5-3) opened the game’s scoring with a touchdown on its first play from scrimmage thanks to a Clewiston defensive gaffe. No Tiger lined up to cover Fort Myers senior Dawson DeGroot at wide receiver and senior quarterback Ben Stobugh tossed a quick pass to DeGroot and watched him race 70 yards to the end zone to score.

That score came after the Green Wave stopped Clewiston on 4th down on its opening drive just one play earlier.

“We have a hot read that they can throw if they see that,” Sirianni Jr. said.

Both teams offenses stalled after that touchdown and Fort Myers took a 7-0 lead into the halftime break.

Clewiston (4-3) had the ball back after a Green Wave 3-and-out before Guervil’s recovery led to a 15-yard touchdown run by freshman Yasias Young with 1:32 left in the third.

The Green Wave defense struck again on the next play from scrimmage when Ferguson recovered a fumble at the Tiger 7-yard line. That set up junior fullback Xavier Perez’s 7-yard touchdown run on the ensuing play that gave Fort Myers a 22-7 lead after scoring 15 points in 55 seconds.

“I was happy because coming (to Clewiston) and winning is never easy,” Sirianni Jr. said. “Earlier in the year we may have lost this game.”

Perez led Fort Myers with 97 yards rushing while senior Darrian Felix chipped in 59 of his own. Just three of the Green Wave’s 38 plays from scrimmage were pass attempts. 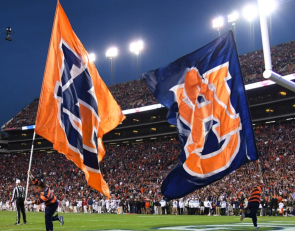 https://usatodayhss.com/2016/fort-myers-grinds-out-win-at-clewiston
Fort Myers grinds out win at Clewiston
I found this story on USA TODAY High School Sports and wanted to share it with you: %link% For more high school stories, stats and videos, visit http://usatodayhss.com.