As of Friday, four weeks remain – just 28 days – until kickoff of the opening week of the prep football season.

Beech players run onto the field prior to last season’s game against Rossview. Beech travels to Rossview in the second week of the season.

However, it isn’t too early to look at the schedule and pick out the contests to see throughout the season.

Of course, the list could certainly change based on what happens early in the season, and the final Friday of the regular season figures to once again be wide-open.

Here is a week-by-week look at the top games across Sumner County:

After missing the postseason for the first time since 1991, White House will look to get the new season started in the right direction against its cross-town rival. White House won last year’s meeting by a 28-7 margin.

Others considered: Gallatin at Mt. Juliet, Clarksville at Station Camp

This was the highest-scoring game involving a Sumner County team last season, as Rossview escaped Shackle Island Stadium with a 48-46 victory. Beech will be eager to show a reloaded lineup against a Hawks squad that ended up missing the playoffs despite a 6-4 finish last season.

Others considered: Siegel at Hendersonville, Gallatin at Springfield

Hendersonville won last year’s meeting 42-25 at home, but has to travel to Nashville to face what should be an improved Cane Ridge squad.

Portland’s playoff berth last season was largely due to its 28-17 victory at White House. The Blue Devils hold a slim 24-23 lead in the all-time series that dates back to 1945.

Others considered: Hillsboro at Station Camp

Hendersonville junior Anthony Hughes and the Commandos travel to Cane Ridge for an early-season Region 6-5A showdown.

Hendersonville has won the last three meetings between the in-city rivals and six out of the last seven, including last season’s 30-16 triumph that helped lift the Commandos to a second-place finish in Region 6-5A.

Beech hosts the game for the first time since 2013, and the Buccaneers have won five of the last six meetings in the series at Shackle Island Stadium.

Hendersonville likely remembers last season’s 49-21 loss at Hillsboro that took place in front of a local television audience. Beech escaped Cane Ridge with a 31-28 victory, one week before the Ravens began their second-half surge.

Others considered: White House at Springfield

Station Camp and Gallatin meet on Sept. 23 in a rematch of last year’s contest, which the Bison won 27-19.

Last year’s 27-19 loss was the first of five consecutive defeats for the Green Wave as they tumbled out of the playoff picture by season’s end. The Bison, after starting 0-4, kept their slim postseason hopes alive with the victory. It’s for city bragging rights, and will likely be to keep postseason chances above water as the second half of the regular season begins.

Station Camp’s Tyler Thompson eager to get back under center

With so few region games in Region 5-4A, teams only likely need two wins within the region to finish in the top four and receive a playoff berth. Whoever wins between Macon County and White House (who won last year’s meeting 30-15) will be halfway there.

Others considered: Beech at Gallatin, Station Camp at Hendersonville

Week 8 is a light week with only three games, but a strong week as close rivals square off in two Region 6-5A battles. Both were lopsided last year, with nearly identical scores (Hendersonville won 42-14, while Beech defeated Station Camp 41-14), but the losers of last year’s games figure to be improved and intend to put up stiffer challenges this time around. All four teams should still be playing for either the region title or for a postseason bid at this point.

The other light week on the schedule features only three games, with none in Sumner County, as five schools are out for fall break. Portland suffered a 28-14 loss to Maplewood at home last season, and has to travel to Nashville for this pivotal Region 5-4A game. The loser only has one more chance for a region victory after this game, while the winner could either lock up a playoff spot or give themselves control of their own destiny.

The Bison were still alive for a playoff spot prior to hosting the Ravens last season, but Cane Ridge squashed any remaining postseason hopes by rolling to a 54-7 victory. Station Camp won’t have any margin for error in the penultimate contest of the regular season, especially if Cane Ridge is within sight of the region title.

Others considered: Westmoreland at Cascade, Gallatin at Hillsboro

All four of these games carried massive playoff implications last season, and will likely do so again this time around.

Westmoreland could have finished second in Region 4-2A with a victory at Watertown last season, but the Purple Tigers turned the Eagles away by handing them a 42-7 loss.

The Panthers scored a touchdown in the dying seconds to pull away for a 32-19 victory and keep Macon County out of the playoffs. The Tigers get to host this year, and likely won’t forget last year’s finish.

White House’s offense sputtered in a 14-6 loss at Maplewood that officially ended the Blue Devils’ 23-year streak of playoff appearances.

Beech had a late lead at home until Hillsboro rallied to win the regular-season finale and claim the Region 6-5A title last year.

Others considered: Cane Ridge at Gallatin

The Dixie Chicks: The long road back from exile

Dansby Swanson goes 2 for 4 in MLB debut for Braves 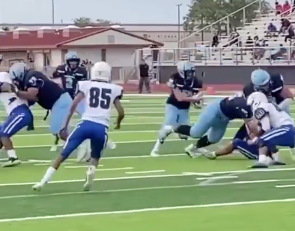