Phillip Lord is just 11 years old. He didn’t know Garth Brooks. However, Saturday afternoon the Cope Middle School product understood he was lucky enough to get another chance to play the game he loves – football.

Lord was one of roughly 100 local kids (ages 9-13) who flocked to Airline (Bossier City, La.) High School to participate in a free camp made possible by the country music superstar through the Teammates for Kids Foundation and ProCamps.

Although the camp featured relay races, drills pickup games, the day wasn’t just about football. Brooks’ main message was simple — you didn’t have to be a country music fan or a talented athlete to understand the impact.

“Dealing with somebody at this age, you want to introduce love into their life,” said Brooks, a Country Music Hall of Famer and the best-selling solo album artist (137 million units) in the history of the United States according to the Recording Industry Association of America. “If you don’t introduce love into their life, then you’re going to deal with them without love in their life at (a later age). That’s not a good thing.”

Perhaps festered by the popularity of social media, negativity is rampant during these delicate, often cruel times. And many tend to overthink solutions. Brooks’ approach is simple, yet targets the crux of many issues.

“The greatest thing these kids learn today is how to love one another,” he said. “They learn respect and attitude – a lot of words they already knew, but we’re going to keep drilling it into them.”

Hours before he was to complete his three-show stop in Bossier City with two performances expected to carry on well into Sunday morning, the 54-year-old Brooks — dressed in a black shirt and jeans — hit Airline’s practice field for more than hour to run with and fist-bump campers in the stifling heat.

“The kids bring their own energy, so you feel like a kid again,” said Brooks, who was a member of the San Diego Padres and New York Mets for a combined three spring trainings (1998-2000), said. “I’m around people that are my age now, this is what I love. I feel at home.

“For him, with his status, to come out and give up an hour and a half of his time to not be Garth Brooks, but coach Brooks … it’s fantastic.”

Coker’s graciousness with his facility earned him two prime seats Saturday night and pushed a trip to his lake house back 24 hours.

“It made my wife’s day,” Coker said. “We’re going to have great seats and she’s going to be able to meet Garth Brooks and Trisha Yearwood – two of her favorite singers. That’s great for her, so of course, that’s great for me.”

But nothing gets Garth going like affecting the future singers, coaches and leaders.

In 1999, Brooks helped form Teammates for Kids with the goal of “giving all kids, all around the world, an even start.”

The program began with Major League Baseball, but moved to the NHL, the NFL and beyond. More than 4,000 professional athletes from a variety of sports have raised more than $100 million to help children in over 60 countries.

Lord, whose godmother says “can play it all,” served as his team’s quarterback during the pickup game. Following the effort, Lord trotted to Ward to receive his asthma medication.

Despite the heat, and the need for a breather, Lord ran right back out on the field to be with his teammates.

“This is wonderful,” Ward said, who took cover from the blistering sun under an umbrella. “Phillip has played it all. He started football when he was 6 years old with Bossier rec. He’s played soccer, too.

“This camp is a blessing and we’re very grateful.”

Several awards were delivered by Brooks and Niswanger following the camp. Most of the awards didn’t go to the fastest and strongest campers, but to those who displayed good sportsmanship or could remember every teammate’s name.

“There is nothing like seeing these kids all raise their hands together, all different colors, all different backgrounds and all scream “teammates,” Brooks said. “That’s the most beautiful sound I’ve ever heard.” 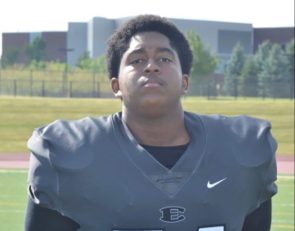 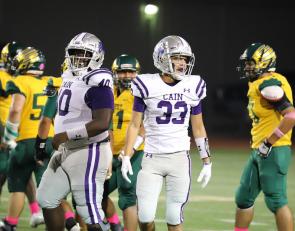 https://usatodayhss.com/2016/garth-brooks-leads-football-camp-preaches-value-of-love-and-respect
Garth Brooks leads football camp, preaches value of love and respect
I found this story on USA TODAY High School Sports and wanted to share it with you: %link% For more high school stories, stats and videos, visit http://usatodayhss.com.