The Gatorade State Girls Basketball Players of the Year were selected based on athletic production and impact in the 2015-16 fall season. Each winner also demonstrated high academic achievement and exemplary personal character, including volunteerism, sportsmanship and community leadership.

Athletic achievement: She had led the Chiefs to a 28-1 record and a berth in the Group 4A state championship game against William Fleming High. At the time of her selection, Walker was averaging 21.4 points, 8.2 rebounds, 3.1 steals and 1.9 assists through 29 games. A Naismith Trophy Girls Basketball High School Second Team All-American, she was the 2015 Virginia High School League Class 4A Player of the Year and is rated as the No. 1 recruit in the Class of 2017 by Blue Star Basketball and espnW.

Exemplary character: A member of the Monacan High Healthy Allies, a booster group that supports the school’s Health and Physical Therapy Specialty Center, she has volunteered locally at a daycare center and as a youth basketball coach. She has also donated her time to multiple community service initiatives through her church youth group.

“Megan Walker is an exceptionally talented player,” said Chevette Waller, head coach of L.C. Bird High. “She is one of the most versatile players that I have seen which makes her a triple-threat. Offensively she can score whenever she needs to.”

THE FUTURE: Walker will begin her senior year of high school this fall. 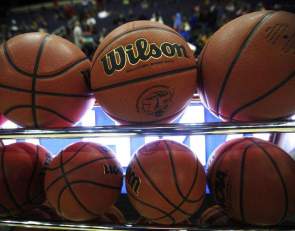