Clarkstown South and Pearl River had each played three games in the last four days, so when regulation ended in Tuesday’s game, both sides were happy to accept a 0-0 draw.

“Any time we play Pearl River it’s going to be a tough game. We were fortunate that they didn’t score off one of our mistakes,” Vikings coach Christopher Kelly said. “Our goalkeeper (Elianna Murphy) made a few big saves for us today to keep the game scoreless.”

Pearl River was equally happy to leave with the tie.

“I’m really proud of my girls, we just had a really tough loss (Monday) to Rye. They gave a really full effort today,” Pirates coach Tim Peabody said. “We had good opportunities to score, and our touches on the ball were really good today.”

The game marked the final one in the regular season for both teams. Despite having a young squad Peabody viewed this season as a success.

“Our year was up and down. We have a very young team, so there were a lot of bumps,” Peabody said. “We had a tough schedule so fatigue was a factor for us. We play in a really tough league. Every day you have to be good and come to play. Look at today: you had two good teams playing a tough game. That’s what it’s like every day.”

The Vikings had a rough start to the season but were able to get it together to have a strong regular season.

“We had a really tough schedule to open the season, but we played really well most of the year. I’m really proud of my team. They played with great effort all season,’’ Kelly said. “Going into the postseason we have to stay connected better on the field. Most importantly we just have to keep playing hard.”

Turning point: With four minutes left in the first half Pearl River’s Kate McNally had a breakaway opportunity. She likely would have scored if Carstenson had not come off her line to apply pressure. McNally shot the ball from the top of the box with Carstenson sliding at her, but the ball hit the cross bar and went out of bounds.

Stat Line: Carstenson had 10 saves while Murphy made 11.

Quotable: “ We agreed to end the game in a tie and not play overtime,” Kelly said. “ We both had played a lot of games this week.” 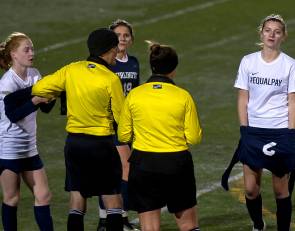 Vermont girls soccer team stands for #equalpay — and gets carded 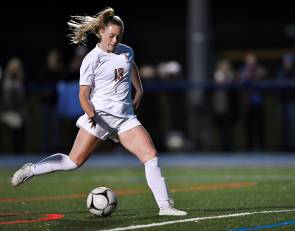 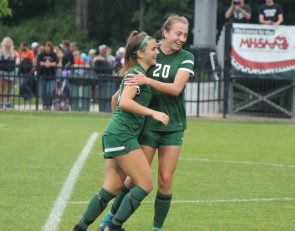 https://usatodayhss.com/2016/girls-soccer-vikings-pirates-happy-with-00-tie
Girls soccer: Vikings, Pirates happy with 0-0 tie
I found this story on USA TODAY High School Sports and wanted to share it with you: %link% For more high school stories, stats and videos, visit http://usatodayhss.com.