At 11 years old, Ayla Agren watched on her TV screen in Norway as Danica Patrick finished fourth in the 2005 Indianapolis 500. Now 22, Agren is on her way to following Patrick’s career path, having reached the Cooper Tires USF2000 Championship Powered by Mazda, the first rung on the Mazda Road to Indy ladder system that leads to the Verizon IndyCar Series.

The 2014 champion in the F1600 series before moving to USF2000, Agren recently sat down with USA TODAY Sports correspondent Jeff Olson to talk about her start, her inspirations and her future.

USA TODAY (Q): You started very early, as most racers do, in go-karts. What was different about the way you got started?

AYLA AGREN (A): It wasn’t my mom or dad that got me into it; it was my uncle and cousin. They drove go-karts, so I went to the Nordic Championship in Sweden one year to watch them. I liked it, but I saw only guys at first. Then, during one of the qualification heats, there was an incident. They had to take the helmet off the driver, and I saw that it happened to be a girl. I was like, ‘Ah! That is cool!’ I started asking about if after that. It was coincidental, because the Norwegian federation had just lowered the age limit for licenses that year, so the following fall I got my license. It took off from there.

Q: Is there a benefit from starting young?

A: It can be good or bad. When you start young, you get it into your blood. You develop an instinct for it earlier. But I’ve seen a lot of people quit racing at 14 because they’ve done it for seven, eight nine — maybe 10 years, even. They’re just tired. They were worn out by it early because they started so early instead of starting a little later and being more focused on the specific side of the sport. They got too specific too early. That’s a personal feel, too. If you love it, you love it.

Q: So there is a danger of burnout if you start too early?

A: If you’re not in love with it, I would say so. But I think that’s true with any sport. 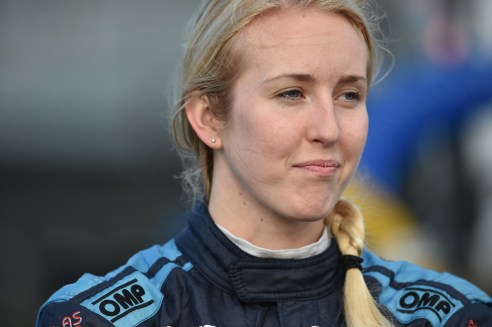 Q: Do you have any advice for young girls who are passionate about something they might want to turn into a career?

A: In my case, I looked at how other athletes went about making it. I asked a lot of them, and I learned that people are more than willing to help you in any way they can. That’s been a real guidance to me. Understanding the business side of racing has really helped me, as well.

Q: Did you have any people in particular who inspired you in racing?

A: When I was about 10 or 11, I knew I wanted to race for a living. It was about the same time that Danica Patrick had done well in the Indy 500, and news of that had made it to Norway. Because of that, it opened my eyes to IndyCar. That was an inspiration. But in Europe and in Formula 1, especially on the driving side, I was influenced by (the late) Jules Bianchi. … And through the Women’s Sports Foundation, I won a grant through former IndyCar driver Lyn St. James. Through the foundation, I’ve been able to meet a lot of women in sports. We raise awareness for women in sports and we’re able to give back. It’s been very interesting to see the different sports and different competitors. We’re all experiencing the same challenges.

Q: And is there anyone outside of racing who has inspired you?

A: Yes. My aunt, Monica Meyers. She left home when she was 17 to become a model. It’s totally different, but it’s also following your dreams at a young age.

Q: Do you have specific, long-term goals? 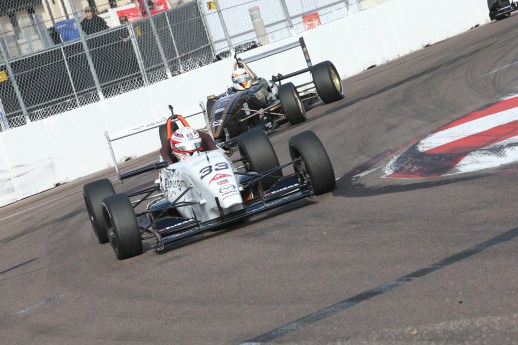 A: Absolutely. It’s a big, big goal, but I do feel like it’s realistic.

https://usatodayhss.com/2016/girls-sports-month-norwegian-race-car-driver-ayla-agren-on-her-inspirations-her-start-and-her-dreams
Girls Sports Month: Norwegian race car driver Ayla Agren on her inspirations, her start, and her dreams
I found this story on USA TODAY High School Sports and wanted to share it with you: %link% For more high school stories, stats and videos, visit http://usatodayhss.com.