Charlotte Catholic’s boys’ tennis team is currently undefeated in conference play and 10-1 for the entire season. The team already defeated its toughest conference opponent,  Ardrey Kell, and hopes to end the season in April as conference champions.

Coach Jo Cabana said that although they have set some lofty goals, they always do things one match at a time. “Today I’m thinking about today’s match. After today’s match we’ll look at the next one.” An English teacher at CCHS, Ms. Cabana took over the boys’ tennis team this year after Mr. Hazen announced his retirement after 38 years of coaching. She has also coached girls’ tennis at Charlotte Catholic for 13 years.

Senior Cole Diachenko is team captain and has played tennis for Charlotte Catholic since his freshmen year. His role is to lead the team, and he takes charge during warmups, leads prayer before matches, and starts chants during matches.

Jack Deering, a junior, thinks that camaraderie is the team’s greatest strength this season. Deering said that the team’s motto, “teamwork makes the dream work” stresses a team-first mentality. “It doesn’t matter how good you are; line 1 is just as important as line 6. We have each other’s back,” he said.

Junior Grant Stuckey has played tennis since the age of three and agrees that one of the team’s strengths is the sense of camaraderie. “We’ve gone through some tough moments together, but we’ve pulled through,” he said.

One such instance was during the team’s match against conference rival Ardrey Kell on March 17th. The total score was tied at four to four and the final result came down to the #1 doubles match. The other boys cheered on their teammates, Stuckey and Nestor, who won the final doubles match of the day for a final team score of 5-4.

Ardrey Kell and Myers Park are two of the toughest teams that the Cougars have faced so far this season. They beat Ardrey Kell and lost to Myers Park, but both opponents have one common strength: depth. Senior Cole Diachenko said, “They don’t have a bad line. They have no weak spots.”

The team still has 8 matches remaining in the regular season but hopes to send a few players to the regional and state championships in May. The boys continue to tackle each individual match that they encounter.  Coach Cabana said, “It’s just one ball at a time, one match at a time.” 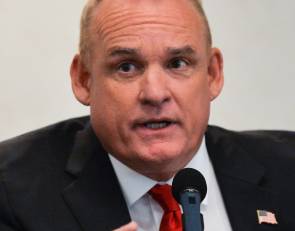 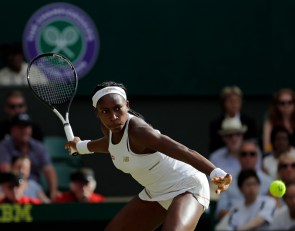 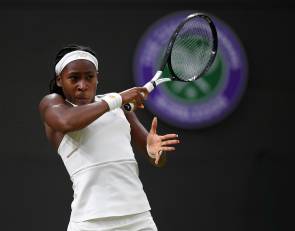 https://usatodayhss.com/2016/heart
Men's Tennis has #heart
I found this story on USA TODAY High School Sports and wanted to share it with you: %link% For more high school stories, stats and videos, visit http://usatodayhss.com.